Reacting to the attack from BJP leaders, the Congress on Wednesday said Rahul had given a clarion call to the people to question the government on real issues 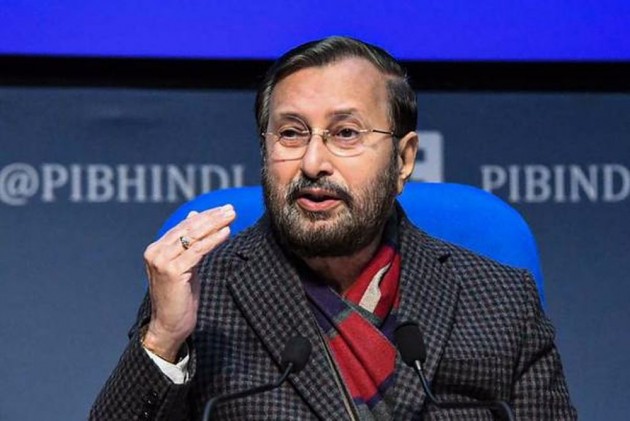 Javadekar also said Gandhi has been severely admonished on social media while his cabinet colleague Ravi Shankar Prasad asserted that the remarks have raised questions over the level of responsibility shown by the former chief of a national party.

"Insulting Indians is a favourite pastime of Rahul Gandhi. Indians are not superficial you are Mr. Rahul Gandhi," Javadekar tweeted.

Insulting Indians is a favourite pastime of @RahulGandhi. Indians are not superficial you are Mr. Rahul Gandhi. https://t.co/5ZIH326YVd

Later during a post-Cabinet media briefing, the information and broadcasting minister said the BJP leaders have already reacted to that and "social media pe poori dhulayi hui hai" (he has been severely admonished on social media too).

Prasad said, "I do not take political questions generally (during the post-Cabinet briefing), but this is one question on which I want to speak...Gandhi talks about fresh air when he goes to north-east and when he is in South India, he says the atmosphere in Kerala is different from the north".

Addressing a public gathering in Thiruvananthapuram on Tuesday, Gandhi had said, "for the first 15 years, I was an MP in the north. I had got used to a different type of politics. For me, coming to Kerala was very refreshing as suddenly I found that people are interested in issues and not just superficially but going into detail in issues."

The comments triggered sharp reactions from several BJP leaders, including some senior ministers, who immediately accused the Congress of being an 'opportunist' and alleged that Gandhi belittled North Indians, despite him and his family members winning several elections from Amethi in Uttar Pradesh in the past.

Reacting to the attack from BJP leaders, the Congress on Wednesday said Gandhi had given a clarion call to the people to question the government on real issues and the north-south divide was a "toolkit" being sold by the BJP to the public.

Congress's chief spokesperson Randeep Surjewala alleged that the BJP was raising "superficial" issues on a daily basis to divert the country's attention from the people's issues.