The officials said that the global arrest warrant against the Belgian national Nehal Deepak Modi, 40, has been issued on charges of alleged money laundering that is being probed by the Enforcement Directorate. 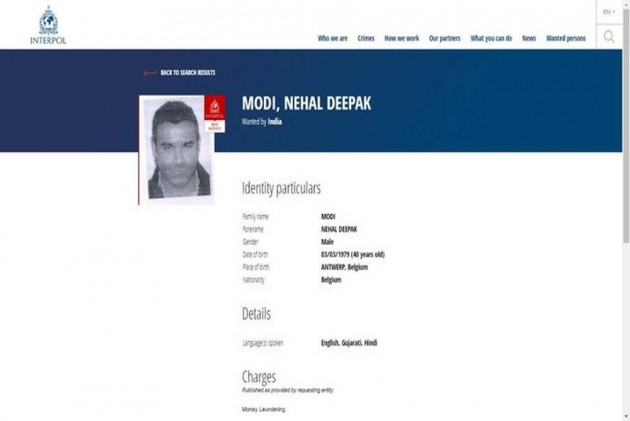 They said the global arrest warrant against the Belgian national Nehal, 40, has been issued on charges of alleged money laundering that is being probed by the Enforcement Directorate.

Nehal Deepak Modi was born in Antwerp, Belgium and he knows languages such as English, Gujarati and Hindi, according to the RCN.

Nehal has been named in the charge sheet filed by the ED in this case and he has been charged with destruction of evidence.

Nirav Modi and his uncle Mehul Choksi are alleged to be the main perpetrators of India's biggest bank fraud that came to the fore last year.

The Punjab National Bank is stated to be duped of nearly Rs 14,000 crore in this scam.