Hindu Dharma Sena president Santosh Dubey is himself one of the main accused in the case. 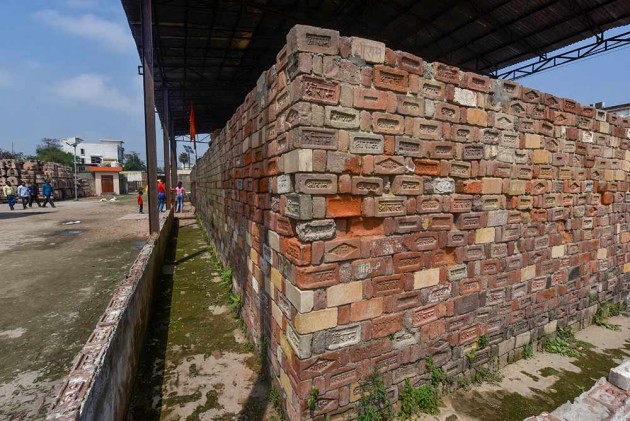 All 32 accused in the Babri mosque demolition case should be invited to the "bhumi pujan" ceremony for the construction of the Ram temple here and honoured, a Hindutva outfit leader has said.

Hindu Dharma Sena president Santosh Dubey is one of the main accused in the case.

Dubey also insisted that the Shri Ram Janmabhoomi Teertha Kshetra Trust must also invite all the four Shankaracharyas to the ceremony planned on August 5.

"The office bearers of Ram Janmabhoomi Teerth Kshetra must ensure that along with all 32 accused in the Babri mosque demolition case, the families of the kar sevaks who gave their lives in the Ram Temple movement must also be invited to the 'bhumi pujan' ceremony and must be honoured there," Dubey said.

The top court verdict in favour of the Ram temple at the site would not have been possible had the Babri mosque not been demolished, he said.

"If the Trust does not invite the kar sevaks, it will a display of ego and arrogance. Without inviting the kar sevaks who have been accused in Babri mosque demolition and the families of the slain kar sevaks, the 'bhumi pujan' will remain incomplete," Dubey added.

A special CBI court in Lucknow is recording the statements of the 32 Babri demolition accused under section 313 of the CrPC, which enables them to plead their innocence, if they so want.

The court is conducting day-to-day hearings to complete the trial by August 31 as directed by the Supreme Court.

The mosque in Ayodhya was demolished on December 6, 1992 by 'kar sevaks' who claimed that an ancient Ram temple had stood on the same site. Former deputy prime minister L K Advani and BJP leader Murli Manohar Joshi were leading the Ram temple movement at that time.