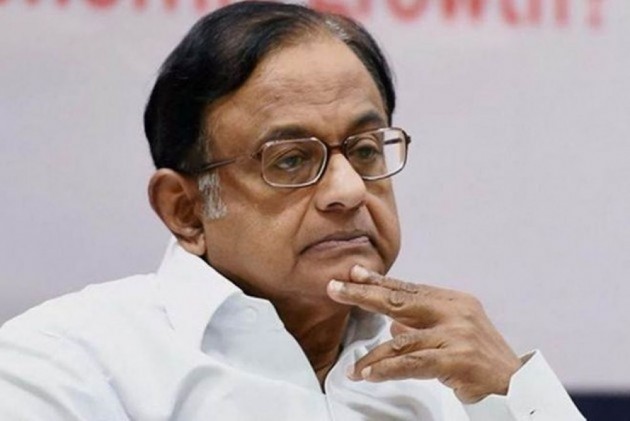 A person "reasonably in know-how of the things", and whose identity has been withheld even in the charge sheet, forms a crucial basis of the INX Media corruption case against former finance minister P Chidambaram, his son Karti and others, the CBI told the Supreme Court Friday adding that the same person was being "influenced" and "intimidated" by the senior Congress leader when not under arrest.

Belying the belief that former promoter of INX Media Indrani Mukherjea's statement was the basis of Chidambaram's prosecution in the case, the CBI said the person is "neither Indrani or Peter Mukherjea" but someone who "knows the things".

"He is the person who has given his statement under section 164 of the CrPC (recorded before a judicial magistrate) that he was being influenced and intimidated. We do not wish to disclose his identity even in the charge sheet," Solicitor General Tushar Mehta, appearing for the CBI, told a bench headed by Justice R Banumathi.

The CBI told the apex court, which reserved its verdict on Chidambaram's plea against the September 30 Delhi High Court judgement denying him bail in the case, that Indrani and Peter were staying in Hotel Oberoi here between March 6-9, 2007 during which they had taken a vehicle from the hotel to visit Chidambaram's office.

"Indrani and Peter met Chidambaram even before INX Media had filed application for Foreign Investment Promotion Board (FIPB) approval. Chidambaram had asked them to take care of his son Karti and also transfer money in overseas shell companies controlled by Karti," Mehta said, while opposing the bail plea of Chidambaram.

He said that not only INX Media, but investigation has revealed that several other companies, which were beneficiaries of FIPB approval granted by Chidambaram, had communicated with Karti through e-mails and transacted huge sum of money through shell companies controlled by the father-son duo.

Mehta said the high court had erred in saying that Chidambaram was not a "flight risk" as the country is facing a problem where persons accused in financial frauds and economic offences are fleeing India.

"We are witnessing an era where persons accused of financial offences are fleeing the country. The persons who have fled the country were responsible persons, having reputation in the society and had properties here," he said.

"We are not comparing anyone with this individual (Chidambaram) but one of them was even a Member of Parliament," he said, in an apparent reference to industrialist Vijay Mallya, who owed over Rs 9,000 crore to banks and fled India in 2016.

"This court as a judicial institution has to take a call as to what should be done to corruption. Charge sheet is filed in this case and corruption has taken place. Country needs to have 'zero tolerance' so far as corruption is concerned," he said.

Terming Chidambaram as a 'flight risk', Mehta said he has the wherewithal to flee the country and can easily survive in any foreign nation.

"When a person thinks he is about to be convicted in an offence, then he will flee. We as a nation are facing this problem," he said.

Senior advocates Kapil Sibal and A M Singhvi, appearing for Chidambaram, countered Mehta's submissions and said the high court had rightly held that the former finance minister was neither a "flight risk" and nor can he tamper with evidence.

Sibal questioned Mehta for referring to contents of the charge sheet and said it is meant for the trial court and neither the apex court nor high court should deal with it.

He said a prosecuting agency always believes that accused would be convicted but this cannot be a ground to say that an accused would flee the country.

"Where can he run away? His passport is not with him. A look out circular was issued against him. A person of his stature cannot run away. He is known across the world," Sibal said, adding that Chidambaram has lost almost five kg weight during his 43 days stay in Tihar jail.

Singhvi said the CBI had never before alleged that Chidambaram had tried to influence any witnesses or destroy evidence.

Mehta told the bench that 15 accused, including Chidambaram, Karti and some companies have been chargesheeted in the case and offence of forgery has also been made out in the probe.

He said that further probe was on in the case and responses on Letters Rogatory (LRs) sent to Singapore and Mauritius are awaited.

Chidambaram, 74, was arrested by the CBI on August 21 in the INX Media corruption case and is currently in the ED custody in a related money laundering matter.

The CBI had registered an FIR on May 15, 2017 alleging irregularities in a Foreign Investment Promotion Board (FIPB) clearance granted to the INX Media group for receiving overseas funds of Rs 305 crore in 2007, during Chidambaram's tenure as the finance minister.

Thereafter, the Enforcement Directorate lodged a money-laundering case in this regard in 2017.