During interrogation, the accused disclosed that they were running a gambling racket on IPL matches and other sports events. They used to contact their friends with different mobile phones and bet on IPL cricket matches and its different events. 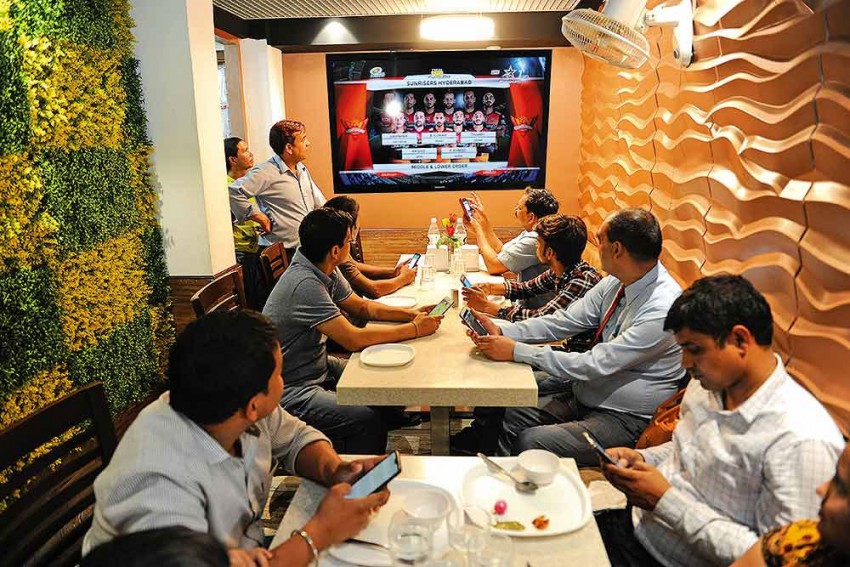 Four men allegedly found betting here on the ongoing IPL matches in the United Arab Emirates were arrested following a raid at a hotel in Nehru Enclave in southeast Delhi, police said on Wednesday.

With their arrest, police claimed to have recovered eight mobile phones, a laptop, two notepads and cash worth Rs 93,000 from their possession.

Deputy Commissioner of Police (Southeast) R P Meena said acting on a tip-off, a raid was conducted on late Tuesday night at Fab Hotel, Nehru Enclave, where four persons were found betting on IPL matches. They were apprehended and laptop and mobile phones were recovered from them.

The recovered notebooks used for recording bets revealed that more than 50 people were betting on a match through these bookies, Meena added.

A case under sections of the Gambling Act has been registered against them and further investigation is being carried out, police said.