On Thursday, a meeting between interim Congress chief Sonia Gandhi and party veteran Kamal Nath once again spurred the speculation of an imminent revamp of the Congress party. 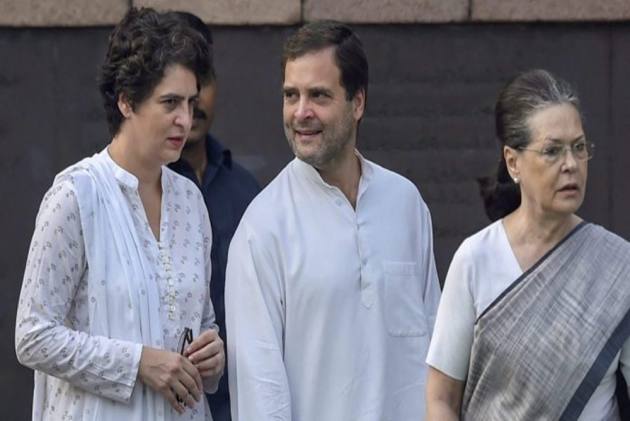 It’s perhaps a yawn-inducing, rhetorical question but one that still seems to evoke some curiosity. Struggling to set its house in order, both centrally and in several states, and ward off waves of attrition, is the Congress party finally gearing up for a major shake-up? On Thursday, a meeting between interim Congress chief Sonia Gandhi and party veteran Kamal Nath once again spurred speculation over an imminent to revamp of the Congress.

Through Thursday, rumours swirled in New Delhi’s power circles that Nath, a former nine-term Lok Sabha MP and among the party’s seniormost leaders, was set to be appointed national working president of the Grand Old Party. By evening, stern denials poured in too. Nath clarified that he had met Sonia to discuss other political matters – those concerning the Congress’s continuing internal bickering in Punjab and the party’s poll preparations for the all-important UP elections due early next year. He termed reports of his possible elevation as the party’s working president as “rubbish” and said he will continue working for the Congress in Madhya Pradesh where he is the state unit chief and leader of Opposition.

The stern denials notwithstanding, the question of whether the Congress party – functioning with an interim chief for nearly two years and continuing to atrophy both electorally as well as organizationally – remains pertinent. Party insiders claim that a major reshuffle within the AICC is certainly on the cards and is likely to happen after the Parliament's monsoon session ends on August 13.

“The need for drastic changes within the party has been an ongoing discussion. In a piecemeal manner, some changes have been made within the departments and cells of the party at the national level as also in our state units. The demand from various leaders for major surgery is likely to be met once the Parliament’s monsoon session is over,” a senior party functionary tells Outlook. The leader added that the long due election for a full-time Congress president has been deferred twice this year on account of assembly elections and the Covid pandemic is also likely to finally take place by August-end or in September. Whether the AICC revamp will precede the Congress president’s election or happen after it is still unclear.

Congress sources say that Sonia, who completes two years as interim party chief on August 10, has been consulting former party chief Rahul Gandhi, general secretary Priyanka Gandhi Vadra, and some other senior leaders on the blueprint of an AICC reshuffle. Poll strategist Prashant Kishor, who held a long discussion with the Gandhis earlier this week, is also learned to have shared some broad ideas on the roadmap for reforms within the party; a demand that 23 leaders had also made last year.

Kishor is also learned to have stressed on Rahul that he must take the reins of the party to end the impression of a leadership vacuum in the Congress. Kishor’s future role in the Congress – the Gandhis have reportedly offered him a key role in the organisation – will also be of significance.

While there is still no clarity on whether Rahul, who had abruptly quit the party’s presidency after the 2019 Lok Sabha debacle, will give up on his insistence for a non-Gandhi at the Congress’s helm, it has been evident for months that he has indeed been running the affairs of the party despite not holding any post. His involvement in the effort to resolve the party’s internal crisis in Punjab, Chhattisgarh, and other state units as well as the various appointments that have been made in the Congress for the past two years is an indication of his continuing hold over the party’s functioning despite dissent from some prominent leaders.

If Rahul continues to resist taking direct responsibility for the presidency, sources say the party will once again implore Sonia to take on the leadership role. Suggestions that if not Rahul then Priyanka must step forward to take on the leadership mantle have been made from various quarters within the Congress but most senior leaders are unanimous in saying that the likelihood of the younger Gandhi sibling assuming the presidency is very remote.

However, several other significant changes within the organization are likely to be rolled out “within the next two months” says a party veteran. “Concerns of some senior leaders of not being given responsibilities will be addressed while the relatively younger leaders will also be given key duties. Key changes are likely to be made in the team of general secretaries and state in-charges as well as in our media department. The possibility of appointing one or more working presidents or vice presidents to help the Congress president is still on the table and the long pending demand of some of our senior colleagues for a parliamentary board is likely to be met at last,” the veteran said.

The G23 leaders had also demanded the setting up of a parliamentary board and for key appointments to the party to be made through internal elections. There is no clarity yet on whether internal elections for choosing general secretaries, CWC members, and other office bearers will be carried out. Those privies to the discussions on the impending rejig concede that setting up a parliamentary board is likely to happen with its members being a mix of veterans and some whippersnappers who owe their allegiance to Rahul and Priyanka.

Though the ‘G23 revolt’ has largely been diffused by Sonia over the past year, senior leaders like Ghulam Nabi Azad, Anand Sharma, and Kapil Sibal are still unhappy over their current position within the party. Sources say the revamp could see at least some of the dissenters placated with crucial responsibilities.

Sonia also has to appoint replacements for leaders like Jyotiraditya Scindia and Jitin Prasada who were party general secretaries and CWC members but have now defected to the BJP. Similarly, the Congress lost senior office bearers Ahmed Patel and Tarun Gogoi, as well as Rahul-confidante and young MP Rajiv Satav to Covid. The vacancies thus created are also to be filled. The party functionary quoted earlier also said that to accommodate several senior and second-rung leaders who have been feeling underutilized, the leadership also plans to distribute responsibilities more evenly. “There are several office-bearers who have been given multiple charges and so their burden will be reduced to accommodate other leaders. The practice of giving charge of three, four, or five states to one person is likely to end,” the functionary said.

Among office bearers who are presently juggling multiple tasks are Randeep Surjewala (media department chief and in-charge, Karnataka), Mukul Wasnik (in-charge of Kerala and MP and part of other in-house committees), Bhakt Charan Das (in-charge Bihar, Manipur, and Mizoram), Pawan Kumar Bansal (in-charge, administration, and interim Treasurer), among others. The party is also expected to relieve some leaders against whom there are complaints of ignoring their responsibilities and others who are likely to be given key duties in their home states.