Is India’s Truce With Neighbours Merely A Spring Thaw Or Will It Hold?

For once, no one, not even the peaceniks on either side of the China or Pakistan border, is getting excited, considering the disappointments of past such efforts. 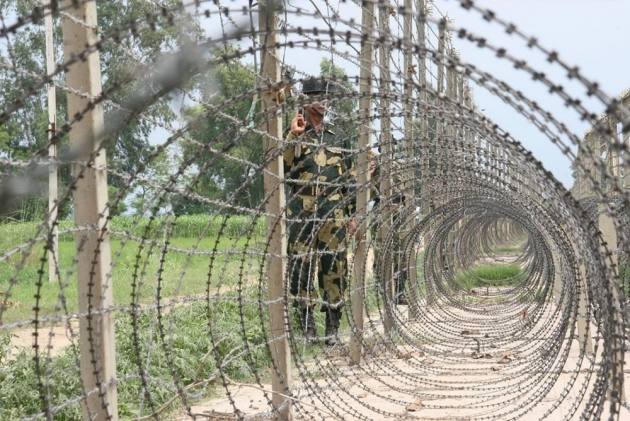 Spring has melted some of the frost in the region, though it is too early to say if the tentative efforts at peace will lead to a breakthrough. The India-Pakistan DGMOs joint statement released on Thursday came like a bolt from the blue. Very few people were in the loop, as back-channel discussions were on for several months. Finally, a deal was worked out in which the two sides agreed to respect the 2003 ceasefire along the LoC. Gunfire along the India-Pakistan Line of Control has stopped since midnight. How long this will hold is a question for another day, but this is no small achievement.

Later in the evening, foreign minister S. Jaishankar disclosed that he had spoken to his Chinese counterpart Wang Yi to discuss the situation along the LAC in Ladakh and reviewed the overall India-China ties.  Delhi and Beijing are already engaged in calling back their armed forces from the eye-ball to eye-ball contact on the front lines. The Pangong Tso sector has been cleared and the field commanders will take forward the process in the remaining friction points in Ladakh. Once peace and tranquillity prevails along the LAC, improving bilateral relations will come up. But for now the emphasis is on getting back to status quo ante, meaning that the PLA, as well as the Indian forces, will get back to the positions each held in April. Some give and take will be inevitable in the process. If all this goes without a hitch, the tension in the region will be considerably reduced in summer.  And if the ceasefire along the LoC with Pakistan holds, will it lead to another attempt by Prime Minister Narendra Modi to take forward the peace initiative which he tried during the early days of his first term.

Former Prime Minister Nawaz Sharif could not deliver, considering his strained ties with the army. This time, however, army chief Qamar Bajwa is very much on board, and Prime Minister Imran Khan has excellent relations with the military. The government is keeping its cards close to its chest. Yet for now there is the hope that the ceasefire can bring about a change in the bitter ties between the two nuclear-armed neighbours.

The JoeBiden Administration has welcomed the ceasefire agreement. State Department spokesman Edward Price made the announcement at his briefing yesterday. “And finally, we welcome a joint – the joint statement between India and Pakistan that the two countries have agreed to maintain strict observance of a ceasefire along the Line of Control starting on February 25th. We encourage continued efforts to improve communication between the two sides and to reduce tensions and violence along the Line of Control.”

He went on to say: “… we had called on the parties to reduce tensions along the Line of Control by returning to that 2003 ceasefire agreement. We have been very clear that we condemn the terrorists who seek to infiltrate across the Line of Control.” Asked by reporters if the US had a hand in the sudden announcement, he said: “When it comes to the U.S. role, we continue to support direct dialogue between India and Pakistan on Kashmir and other issues of concern. And as I said just a moment ago, we certainly welcome the arrangement that was announced that will take place – go into effect, I should say, on February 25th.” It is unlikely that so early in the Biden term the US played any role in it. According to people in the know, the effort was on for quite some time, perhaps because both India and Pakistan may have felt that the costs of continuing the current tension are too high.

However, for once, no one, not even the peaceniks on either side of the border, are getting excited, considering the disappointments of past such efforts. There is complete lack of trust between India and Pakistan as well as India and China. And after the death of 20 Indian soldiers in Galwan last year, Indian public opinion has hardened considerably towards China. Despite a good beginning on the pullback of troops India-China ties in the future will continue to be adversarial. It will not be business as usual as a new framework for engagement is worked out by the two sides.

Meanwhile, external affairs minister S Jaishankar and counterpart Wang Yi spoke on the phone for 75 minutes to take stock of the situation in Ladakh. Jaishankar referred to his meeting with the Chinese foreign minister in September last year in Moscow and had then expressed India’s concern on the “provocative behaviour and unilateral attempts by the Chinese side to alter the status quo. He noted that the bilateral relations have been impacted severely over last year. EAM said that boundary question may take time to resolve but disturbance of peace and tranquility including by violence, will inevitably have a damaging impact on the relationship,” the MEA said in a statement released this morning. “EAM said that during their meeting in Moscow last year, both ministers had agreed that the situation in the border areas was not in the interest of either side and decided that the border troops of both sides should continue their dialogue, quickly disengage and ease tensions,” the statement read.

Beijing stuck to its position that India was to blame for the confrontation last summer. “Wang Yi noted that what had led to the situation last year at the China-India boundary was clear and that lessons from the past deserve deep contemplation. There has been some wavering and backpedaling in India's China policy, and practical cooperation between the two countries has been affected. This does not serve the interests of either side. Decades of experiences have shown repeatedly that heightening differences does not help solve problems, and that it only erodes the basis of mutual trust.’’ He acknowledged that the situation on the ground has noticeably eased. But he also noted that “the two sides also need to advance the boundary talks to build up mutual trust and realize peace and tranquility in the border areas,’’ the Chinese embassy statement said.  Peace and tranquility on the border is the bottom line so far as India is concerned it has been harping on it for bilateral ties to get back to normal. Wang Yi recalled the political directions given by Prime Minister Narendra Modi and President Xi Jinping.

“The two sides need to commit to the strategic consensus reached between their leaders, stay on the right path toward mutual trust and cooperation between big neighbours, and never take the wrong path of mutual misgivings and suspicion, still less the path of retrogression. They should handle the boundary question properly to prevent the bilateral relationship from sinking into a negative cycle.’’

As always the Chinese wished to de-link what happened in the border from overall ties between the two countries. But India has clearly indicated that it cannot be business as usual. “Foreign Minister Wang Yi also noted that the Indian side had proposed ‘three mutuals’ (mutual respect, mutual sensitivity and mutual interests) as the approach to the relationship. He also agreed on the importance of taking the long view of our ties. The two ministers agreed to remain in touch and establish a hotline,’’ the MEA statement on the phone conversation said.