Kashmir Gaining International Traction, But Is It Being Heard?

It was the Kashmir siege that brought the Valley to the forefront at the hearing, although Pakistan’s ills were also discussed, and Bangladesh and the Rohingya crisis touched upon. 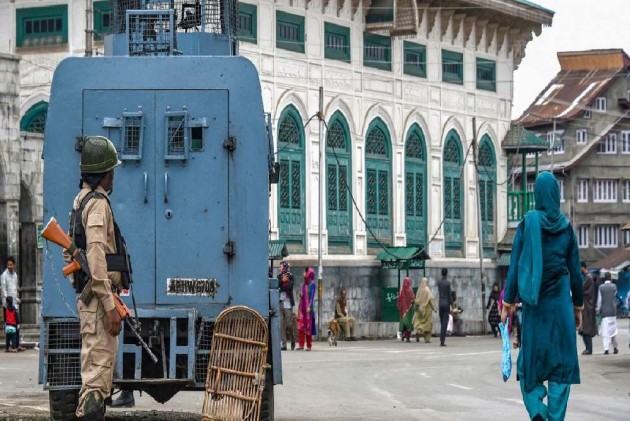 To Kashmiris, in the region and the diaspora, the October 22 hearing on ‘Human Rights in South Asia’, organised by the committee on foreign affairs of the US House of Representatives, signalled the first strong hints of rejuvenated internationalisation of the Kashmir issue, in the face of India’s adamant claim that it is an internal matter of law and order.

Even as India holds a huge neoliberal promise of a billion-strong market, ensuring that not a whimper of a complaint is heard against its militaristic Kashmir policy, the hearing manages to mark a whisper of a shift.

While the committee had all of South Asia on its agenda, it was Kashmir that dominated the proceedings—unsurprisingly, given the immediate context of the ongoing humanitarian crisis caused by the communications lockdown and curfews enforced since the Indian government read down Article 370 on August 5, ending the region’s quasi-autonomy and demoting it from a state to two Union territories. It was the Kashmir siege that brought the Valley to the forefront at the hearing, although Pakistan’s ills were also discussed, and Bangladesh and the Rohingya crisis touched upon.

Columbia-trained journalist Aarti Tikoo Singh, a well-known face on the prime-time punditry circuit, was the expert witness for India at the hearing. A Kashmiri Pandit who suffered the forced migration of the Hindu community from the Kashmir valley to Jammu in the 1990s, Tikoo presented India’s case on Kashmir through the lens of terrorism and Pakistan’s proxy war. Her reductive reading of the political predicament and human rights situation in the region was challenged in light of the historicity of the Kashmir dispute. Ilhan Omar, US representative from Minnesota and target of much hate speech for her defence of Palestinian rights, described Tikoo’s testimony as making a feminist case for occupation. Tikoo later alleged that the hearing was rigged against her as an Indian representative.

Tikoo’s accusation would hold if the world, or the committee, were beholden to the Kashmiri struggle. That it’s not the case was evident in how despite acknowledging the humanitarian crisis unfolding in the Valley, the committee wasn’t moved to delve into the political history that makes possible the conditions in which human rights violations take place in Kashmir. Kashmiris have so far received little support for their political struggle. What was on display at the hearing was an informed concern for Kashmiri people under the siege that the US representatives had been briefed on by their Kashmiri American constituents who have families in the region.

The expert testimonies on Kashmir were given by Nitasha Kaul, a British Kashmiri Pandit who is a novelist and associate professor of politics and international relations at Westminster University, and Angana Chatterji, an Indian-American anthropologist at the Centre for Race and Gender at the University of California, Berkeley, and also co-author of a 2009 report on mass graves in Kashmir. Kaul spoke to the Kashmir problem in the context of the abysmal state of human rights as well the gradual erasure of political rights of Kashmiris. Her testimony presented the case of Kashmir in light of the right-wing and anti-minority BJP government in Delhi. Both witnesses emphasised that the civil and political rights of Kashmiris were being trampled, and how the demands of Kashmiris under the UN auspices were being completely decimated by India.

One of the most powerful expert testimonies was by Francesco Bencosme, the Asia-Pacific human rights manager of Amnesty International. He said there is a shrinking of space for freedom of expression in India along with a wave of anti-Muslim sentiment. Bencosme gave evidence of the crackdown by narrating what was done to Greenpeace, the Quint, Lawyers Collective and Amnesty itself. His testimony on the recent raid on Amnesty’s India office, which had lasted 10 hours and included freezing of their bank accounts, painted not just the past events, but also the future of just struggles in India. Amnesty had to cut down staff and was expecting further crackdown, including what Bencosme said, looking visibly concerned, “the imminent arrest of their top staff”. It was chilling to watch and comprehend that it was a democracy he was speaking about.

Bencosme’s testimony bolstered the expert witnesses on Kashmir when he emphasised that Amnesty’s research has revealed a clear pattern of detention, torture, communication clampdown as well as a growing trend of xenophobia and anti-Muslim sentiment under this government.

Indian-American attorney Rajiv Batra, an expert witness for India and a Chair on the National Advisory Council for South Asian Affairs, tried to justify the siege in Kashmir under a militaristic policy by likening Kashmir to Louisiana and Alaska when the US bought the territories from Napolean and the Czar. He equated Modi with Lincoln, drawing resonance with the historic sale of Kashmir and efforts for restoration of law and order, and what he called the “American dream” of the people of the region. Agreeing to the resonance with Louisiana and Alaska, Congressman Brad Sherman from California, who heads the committee organising the hearing, reiterated Batra’s argument about the sale deed and opined that Kashmir has been controversial since maharaja Gulab Singh purchased the Kashmir valley.

However, Sherman added: “We are all for human rights, we are opposed to terrorism, we are all for self-determination and territorial integrity, and we look forward to applying those principles.” To trained Kashmiri ears, these words are potent and promising, and, in that sequence, seem to directly speak to the current concerns in Kashmir.

It is also clear, however, that the world is enamoured by the neoliberal market and neocolonialism masquerading as hyper-ethnonationalism. In this melee, indigenous people’s rights such as those of Kashmiris might be spoken about, but are hardly amplified. But then humanity is all about surprising turns or so the Kashmiris hope!

(The writer is a Kashmiri anthropologist and poet based in the US. Views are personal.)