Is Mamata Banerjee Gearing Up For Bengal Civic Polls?

The decision to invite civic body leaders to a meeting with TMC's state unit leaders has triggered speculations that the issues involving the impending civic elections would be discussed. 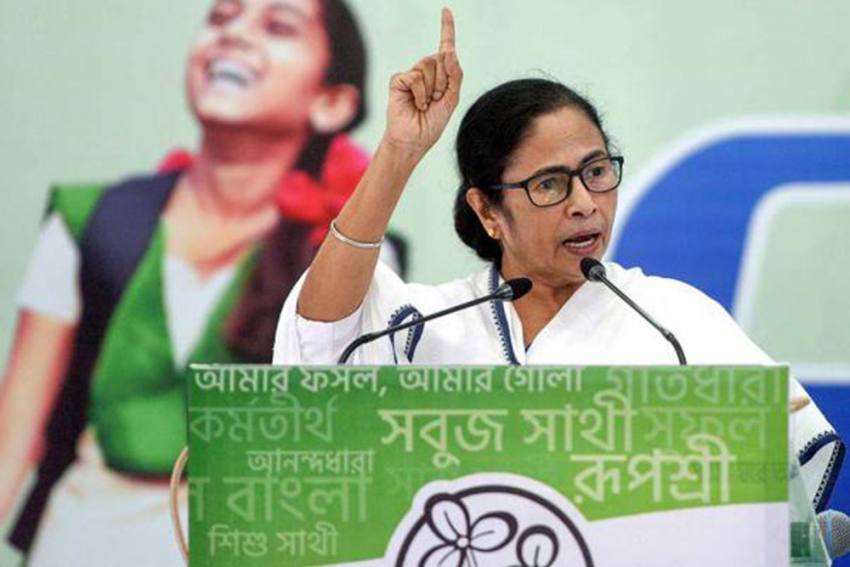 Chief minister Mamata Banerjee is convening a meeting with TMC’s state unit leaders, including ministers, MPs, MLAs and civic body leaders, at the party’s state unit office on Saturday. She arrived at the venue in the afternoon.

Keeping the pandemic in view, only those from Kolkata’s neighbouring districts of Howrah, Hooghly, North 24-Parganas and South 24-Parganas have been asked to attend the meeting in person, while those from the distant districts would have to participate through videoconferencing.

Party leaders invited for the meeting were not informed about the agenda of the meeting in advance, however, the decision to invite civic body leaders has triggered speculations that the issues involving the impending civic elections would be discussed.

The municipal elections are conducted by the state election commission and the dates are fixed in consultation with the state government.

Party leaders are also expecting a few organisational changes, including a broader responsibility for Abhishek Banerjee, who is Mamata’s nephew and the party’s youth wing chief.

The matter of taking back the turncoats may also be discussed. Over the past three weeks, a number of former MLAs who switched over to the BJP ahead of the elections have expressed their willingness to return to the TMC.

According to party insiders, Mamata is to convene two meetings, the first with the members of the steering committee and the second with the MPs, ministers, MLAs and municipal leaders.