The BJP says at least 23 BJP workers have been killed in different militant attacks in Jammu and Kashmir in the past two years and in Kulgam district alone nine workers of the BJP have been killed. 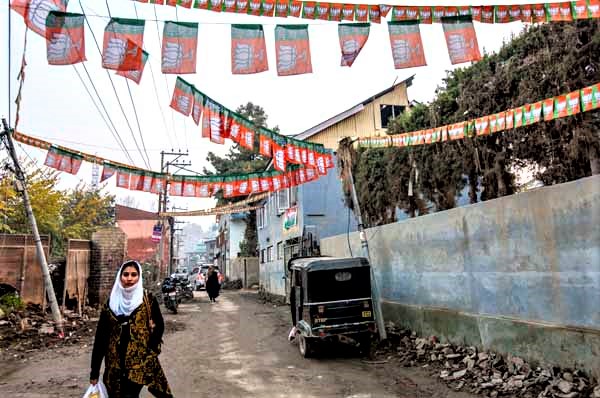 Questions are being raised over the spate of civilian killings including that prominent chemist of the Valley and Kashmir Pandit, Makhan Lal Bindroo.

Sanjay Tickoo, who heads Kashmiri Pandit Sanghrash Samiti (KPSS) an organisation that is fighting for the rights of Kashmiri pandits who didn’t migrate from the Valley in the 1990s, described Bindroo’s killing as a devastating blow.

“It is an assault on 808 Kashmiri pandit families who stayed back in the Valley. It has created fear psychosis particularly among the young generation of Kashmiri pandits,” Tickoo told Outlook. He says many youngsters within the community after Bindroo’s killing are now compelling their parents to leave the Valley as it is not safe anymore.

Former Chief Minister Mehbooba Mufti said, “with the recent spate of civilian killings in Kashmir GOIs fake narrative of normalcy lies in tatters. An utterly desensitised govt that has devalued human lives & pushed J&K into further peril & chaos by its ruthless policies of collective punishment all in the garb of security.”

Even the BJP described the killings of civilians as a serious concern. “In five days four killings have taken place in Srinagar. It is a matter of grave concern,” Altaf Thakur, BJP spokesman said. In another message, Thakur said the BJP will not hold any protest anywhere in the Valley. Sources say owning to security risk the party has asked its units not to hold protests anywhere in the Valley. Since January this year, there have been 23 civilian killings in the region.

We are all proud of Makhan Lal Bindroo's courageous daughter Dr Shraddha. We are partners in the grief of this young woman, her brother Dr Sidharth and their mom. Our unequivocal condemnation to all such innocent civilian killings in Kashmir. pic.twitter.com/QtPS34oFZ8


On August 19 militants shot dead Apni Party leader Ghulam Hassan Lone in his home at Devsar area in Kulgam. On August 17 militants shot dead BJP constituency president in Kulgam Javed Ahmad Dar. On August 9, militants entered into the rented accommodation of the BJP leader Ghulam Rasool Dar (Sarpanch) of Redwani Kulgam at Lal Chowk Anantnag and fired indiscriminately killing both Dar and his wife Jawahira, who was BJP panch of her area. The BJP says at least 23 BJP workers have been killed in different militant attacks in Jammu and Kashmir in the past two years and in Kulgam district alone nine workers of the BJP have been killed.

Bindroo’s killing, however, has shocked the valley. Bindroo, 65, a resident of the main city of Srinagar, was a known chemist in Kashmir from the minority Pandit community. His family has been into the business of pharmacy for more than 60 years and there is hardly anyone in the Valley who doesn’t know Bindroo medicate.

His daughter Dr Shraddha Bindroo said, “my father started from a bicycle. My brother is a famous endocrinologist. My mother sits in a shop, a female lady. That is what Makan Lal Bindroo made us. He will never die. You can just kill the body. Makan Lal Bindroo will be alive in the spirit.”

Former state women rights commission chairperson Nayeema Ahmad Mehjoor wrote on Facebook, “this is total madness. Condemnable and shameful. How can this society live together in such circumstances? Who is behind this n who r unidentified??? Mr Bindroo was respected and dear to every Kashmiri. It is unbelievable and a shock to everyone.”

National Conference spokesperson Ifra Jan said, “for those of us who have not remained quiet and conveniently and shamelessly ignored the everyday lynchings, beheadings, massacres by those who run down cars over minorities, call for their genocide in huge rallies in the heart of the country, participate in the everyday de-humanising of minorities in India - directly sponsored and protected by the ruling party and its voters and supporters- will not remain quiet on the horrific murder of Bindroo owners in Srinagar..” “There can be no justification whatsoever for this barbaric act. I can only imagine how our minorities in Kashmir must be feeling today, and I'm shaken to the core,” she said. Many have shared anecdotes on social media about Bindroo’s generosity.

One Imran Gazi wrote on Facebook, “many years ago; my mother had gone to shop of Bindroo medicate. The shop was buzzing with customers and it was crowded as usual; she handed over the prescription to Mr Bindroo; who came back with the requisite medicine and the bill; my mother reached out for her purse and lo and behold found that pickpocket had decamped with all her money taking advantage of rush.

Mr Bindroo sensing the predicament of my mother insisted her to not only take the medicine but also gave her fifty rupees extra so as to ensure she can travel back home. The next day my father went to his shop and paid the bill; Mr Bindroo only after a lot of persuasions accepted the extra 50 rupees; such was the character of this man. Rest in peace Panditji; we have lost a personality who epitomised our shared values and culture.”