'Is President In Your Pocket?' Sena's Jibe At BJP Leader After His 'President Rule In Maharashtra' Remark

BJP leader Mungantiwar had said, 'A new government will have to be in place within the stipulated time, or else President's rule will be imposed if the government formation doesn't happen in the given time.' 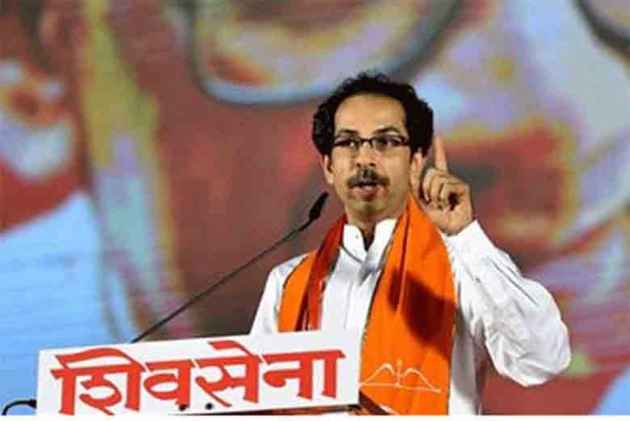 The Shiv Sena on Saturday slammed senior BJP leader Sudhir Mungantiwar for his statement that Maharashtra may head for President's rule if new government is not put in place by November 7 and sarcastically questionned the senior ally whether the President's seal was lying at its office in the state.

The Sena, which is locked in a bitter battle with the BJP over sharing of power since the results of the assembly elections were declared on October 24, also dared its senior ally to stake claim to form the next government.

The tenure of the current Legislative Assembly ends on November 8.

Attacking Mungantiwar, the Finance minister in the outgoing government, Sena said he issued the "threat" of imposing the President's rule, as other "intimidation tactics" like using investigating agencies for settling political scores have fallen flat in Maharashtra.

"What the common people have to make out of the threat given by Mungantiwar? Is that supposed to mean that President of India is in our (BJP's) pocket or that the seal of the President is lying in the office of the BJP in Maharashtra?

"Are these people trying to convey that the BJP could impose the President's rule in Maharashtra using that seal in the event of that party not able to form its government?" the
Sena questionned in the edit in the party mouthpiece "Saamana".

The Marathi editorial titled "Insult to Maharashtra, Is President in your pocket?" described Mungantiwar's comments "undemocratic and unconstitutional."

"The statement shows the lack of knowledge about the Constitution andthe rule of law. This threat might be a move to sidestep the established norms and get things done the way one wants. This statement is an insult to the mandate of the people," the party said.

In the October 21 assembly polls, the BJP failed to perform up to the mark though it emerged as the single largest party by winning 105 seats, 17 less than the 2014 tally, in the 288-member House. The ally Sena won 56 seats, 7 less than its 2014 performance.

The halfway mark in the Legislative Assembly is 145.

"The attitude that only we willrule irrespective of numbers and no one else can attempt formation of the government was defeated in the recent elections," the Sena said.

The edit further said that those talking about the President's rule should first stake claim to form the government in the state.

"The President is the supreme authority in the Constitution. It is not about individual but the country. The country is not in anybody's pocket," the editorial said.

The Sena also said it should not be blamed for the present impasse over formation of the government.

"There is no morality left in public life," it said.

Interestingly, Sharad Pawar-led NCP too on Friday criticised Mungantiwar's statement as a "kind of threat."

The Sena's fresh attack on the BJP on Saturday is likely to further strain the soured relations between both the parties.

The Uddhav Thackeray-led party has been demanding the CM's post for 2.5 years and 50:50 division of portfolios, as the BJP's tally took a beating in the polls.

Both these demands have been rejected by the BJP which has insisted that Chief Minister Devendra Fadnavis will continue to hold the post for the next five years.

Thackeray had reportedly said that other options (read NCP and Congress) are available for his party.

However, the Sharad Pawar-led NCP, which won 54 seats in the polls, had said that it would sit in the Opposition.

The Congress, which has 44 MLAs, seems to have adopted a wait-and-watch policy.

Top Congress leaders from Maharashtra on Friday held meetings in Delhi and discussed the situation with party president Sonia Gandhi.