Issues Of Punjab's Transport Sector Will Be Resolved If AAP Comes To Power In 2022: Kejriwal

AAP national convenor and Delhi Chief Minister Arvind Kejriwal on Thursday promised to end the transport mafia in Punjab and resolve all issues of the transport sector if his party is voted to power after the 2022 state assembly polls. 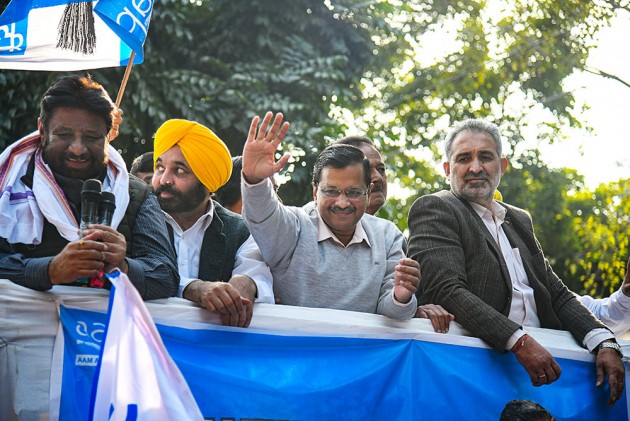 Kejriwal, who came to Chandigarh, joined a transporters' dharna here. The protesters handed over a memorandum to him.

After receiving the memorandum, the Aam Aadmi Party leader said if his party forms the next government in Punjab, it will wipe out the transport mafia and accede to all demands of the protesters.

"I have come to you as your brother, not as a political leader. It would be my good fortune if I could solve your problems and save your livelihood. So, give AAP a chance. You won't need to stage another dharna ever," Kejriwal told the gathering.

Kashmir | Abrogation Of Article 370 In The Valley, A Memoir

He also promised to set up a commission for the transport sector if the AAP is voted to power in Punjab.

"A commission of 10 to 15 members will be constituted for the transport sector in Punjab comprising representatives of the state's transporter unions. This commission will formulate the new transport policy and not the officers and ministers sitting in AC rooms," he said.

The AAP, after forming the government, will implement the decisions of this commission so that the problems faced by the people involved in this business, including truck operators, can be resolved from time to time, Kejriwal said.

He said there is a rift between traders and truck operators in Punjab and his party's government will resolve it so that both sides can work smoothly.

With an increase in trade, the transport business will also grow, he said.