Former Karnataka Deputy CM G Parameshwara said he is ready to "rectify" any fault committed on his behalf. 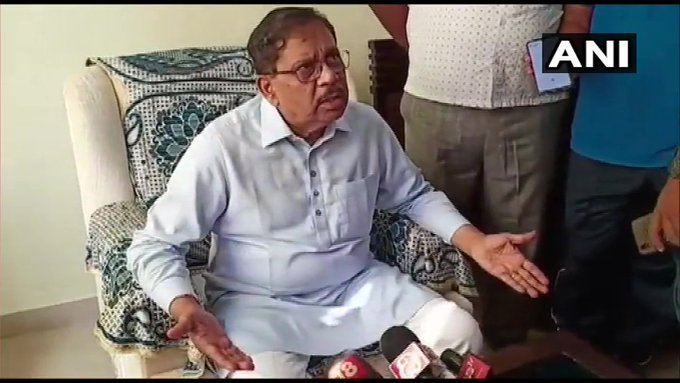 According to reports, the raids have been conducted at around 30 premises linked to Parameshwara.

Parameshwara, however, said he is not aware of the development, adding that he is ready to "rectify" any fault committed on his behalf.

"I am not aware of the raid. I don't know where they are doing it. Let them search I have no issue. If there is any fault from our side, we will rectify it," he said.

A total of 30 premises are being covered in the raids and a team of around 80 I-T officials, apart from police personnel, are undertaking the searches at various locations in the state and some places in Rajasthan, they said.

The department took the action as part of its probe to check alleged irregularities in the conduct of NEET exams in two medical colleges run by a trust in Tumkur city.

Parameshwara is stated to be the chairman of the trust identified as Shri Siddhartha education trust.

A case of alleged forgery in the NEET exam by impersonation and alleged illegal payments made to secure seats is the trigger of the I-T action, they said.

Searches are being conducted in Rajasthan to trace some students who impersonated in the exams, they said.

Parmeshwara was the deputy chief minister of Karnataka from May 2018 to July 2019.