We want to feature our young artists - the budding Picassos and Dalis. Send us your sketches, drawing and paintings! Open to all school children up to Class X. 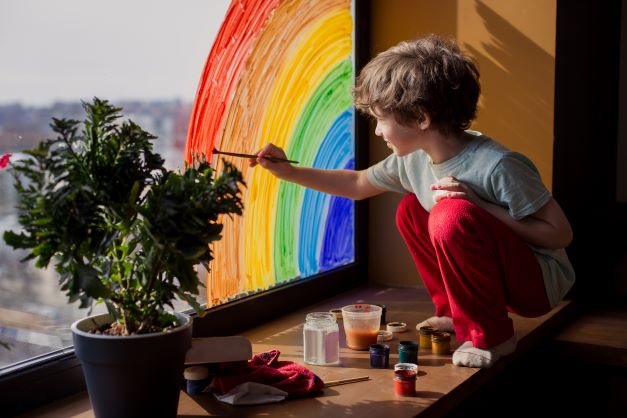 Send Us Your Sketches, Drawing And Paintings

It is Children’s Day on Sunday (November 14) and we want to celebrate it with you.

Send us your paintings and drawings by Saturday, 10:oopm and we will feature them in our photo gallery on Sunday.

Mention your name, age, school and city. The art work should be in Jpeg format. Mark the email to olsocial@outlookindia.com. Label it as: Children’s Day With Outlook.

How We Started Celebrating Children’s Day

After the death of India's first Prime Minister, Pandit Jawaharlal Nehru, his birth anniversary was chosen to be celebrated as Children's Day in India. A resolution was passed in the parliament to give a farewell to Nehru and that's how India moved from observing the Children's Day embarked by the United Nations to the one of our own.

Nehru was famous among the Children as 'Chacha Nehru'. Stories say that this nickname was given due to mutual affection Nehru and kids shared, while it is also believed that he was termed Chacha because he was close to Gandhi (Bapu - The father of the nation). Nehru once said, "The children of today will make the India of tomorrow. The way we bring them up will determine the future of the country." This vision led to the setting up of educational institutions like AIIMS, IITs and prominent colleges all over India.

Children's Day is celebrated in schools across India. Schools organize functions with entertaining performances, while children showcase their musical and dancing talents, etc. Often these performances are accompanied by the teachers telling about the importance of the rights, care and education of the children, especially the underprivileged ones. These functions are then wrapped up by distributing snacks to the children as they go home after a joyful festivity in their schools.

Children with all socio-economic backgrounds deserve good quality education, healthcare and should be made aware of their rights. Children's day (Bal Diwas) should make us realise how precious the children are for the future of our country and the world.