'It Is Time To Move On,' MEA Plays Down Donald Trump's 'Kashmir Mediation' Remark 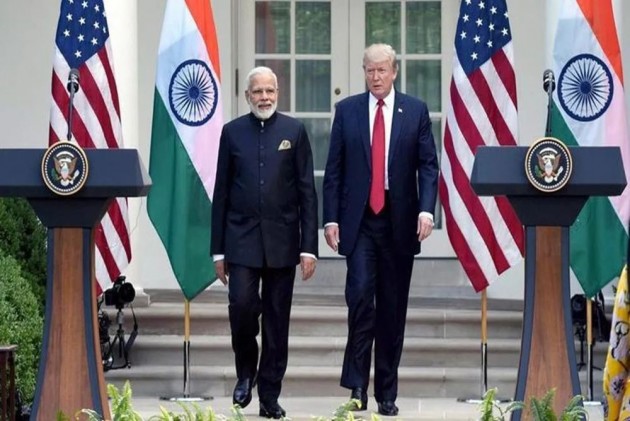 India on Thursday played down the controversy over US President Donald Trump's claim that Prime Minister Narendra Modi asked him to mediate on the Kashmir issue, saying it is time to move on.

Trump had said that he "would love to be a mediator" in the Kashmir issue if he could help. "If I can do anything to help, let me know," Trump said in response to a question during Pakistan Prime Minister Imran Khan's US visit, adding that he is ready to help if the two countries ask for it.

Willing To Give Up Nuclear Weapons If India Does: Pakistan PM Imran Khan

"I was with Prime Minister Modi two weeks ago and we talked about this subject (Kashmir). And he said, 'would you like to be a mediator or arbitrator?' I said, 'where?' (Modi said) 'Kashmir'," Trump said.

India has been consistent with its policy that Kashmir is a bilateral issue between India and Pakistan and there is no scope for any role by any third party.

Kumar also termed Imran Khan's remarks that 30,000-40,000 "armed people" who fought in Afghanistan or Kashmir were still in his country as a "glaring admission". He asserted that it is time for Islamabad to take credible and irreversible action against terrorists.

"It is a glaring admission by the Pakistani leadership," Kumar.

It is time for Pakistan to take credible and irreversible action against terrorists, he said.