It Wasn't A Jhatka, Had Warned People A Year Earlier": PM On Notes Ban

On 8 November 2016, the Government of India announced the demonetisation of all Rs 500 and Rs 1000 banknotes of the Mahatma Gandhi Series. 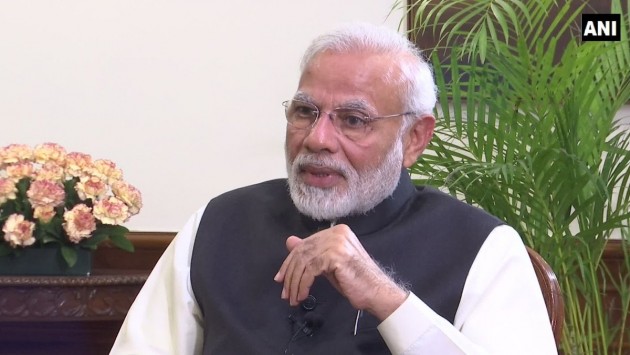 The move to ban high currency notes in 2016 was not a "jhatka" (shock) as people with black money were warned a year earlier, Prime Minister Narendra Modi said in an interview to news agency ANI today.

"This wasn’t a jhatka. We had warned people a year before, that if you have such wealth (black money),you can deposit it,pay penalties and you will be helped out.However,they thought Modi too would behave like others so very few came forward voluntarily," Modi said.

On 8 November 2016, the Government of India announced the demonetisation of all âÂ¹500 and âÂ¹1000 banknotes of the Mahatma Gandhi Series. It also announced the issuance of new âÂ¹500 and âÂ¹2000 banknotes in exchange for the demonetised banknotes. The government claimed that the action would curtail the shadow economy and reduce the use of illicit and counterfeit cash to fund illegal activity and terrorism.

The announcement of demonetisation was followed by prolonged cash shortages in the weeks that followed, which created significant disruption throughout the economy. People seeking to exchange their banknotes had to stand in lengthy queues, and several deaths were linked to the rush to exchange cash.

Talking about RBI former governor Urjit Patel's resignation, Modi said, "He himself requested(to resign)on personal reasons. I am revealing for the first time, he was telling me about it for past 6-7 months before his resignation. He gave it even in writing. No question of political pressure. He did a good job as RBI Governor."

Urjit Patel's resignation on December 11 came after a long-standing spat with the Centre on the issue of bad loans as well as RBI reserves. It was believed that Patel's refusal to tow the Centre's line on the issues led to his eventual ouster.