It Would Have Been Great, If People Would Have Chosen Amitabh Over Modi: Priyanka Mocks PM

Congress General Secretary, Priyanka Gandhi Vadra held a roadshow in Mirzapur to show the strength of her party, before campaigning ends for the last leg of the ongoing Lok Sabha polls this evening. 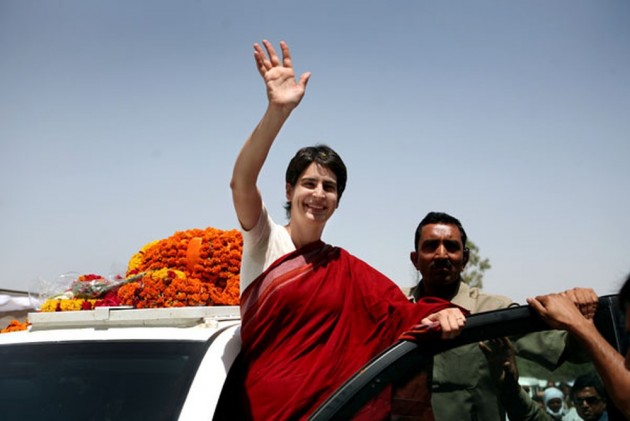 Addressing the ebullient gathering, Priyanka told people that it would have been great, if they had chosen veteran actor Amitabh Bachchan as the Prime Minister.

Priyanka held a roadshow in Mirzapur to show the strength of the party before campaigning ends for the last leg of the ongoing Lok Sabha polls this evening.

She was campaigning for Lalitesh Pati Tripathi, the Mirzapur Congress candidate. He is fielded against BJP-backed Apna Dal candidate, Anupriya Patel.

Attacking the Prime Minister and his policies, Priyanka during her roadshow said, "Youth are unemployed. Farmers are suffering. So far, 12, 000 farmers have committed suicide. I believe he is not a leader but an actor."

This time, the Suheldev Bhartiya Samaj Party (SBSP) President, Om Prakash Rajbhar has announced support to the Congress in Mirzapur. His workers carrying SBSP flags were seen at Priyanka Gandhi's roadshow in Mirzapur on Friday.