'It's A Fight For Truth, Justice & Rights': Shiv Sena's Morning Message To BJP

The statement comes in the middle of an impasse over the government formation in Maharashtra, just three days before the current tenure of the state assembly ends. 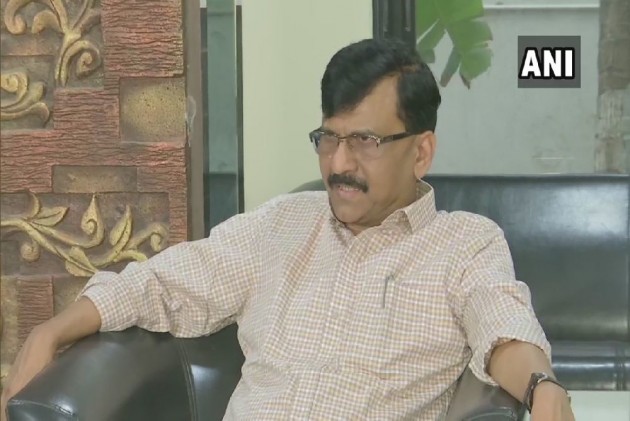 Shiv Sena leader and Rajya Sabha member Sanjay Raut on Tuesday once again said the next chief minister will be from the Maratha party, adding the current "hungama" (commotion) was nothing but the "fight for justice".

The statement comes in the middle of an impasse over the government formation in Maharashtra, just three days before the current tenure of the state assembly ends.

Raut, the leader who has been at the forefront representing Sena in this war of words with saffron ally, also dismissed suggestions that Nationalist Congress Party (NCP) chief Sharad Pawar could be considered a candidate for the much-coveted chief ministerial post.

'My MLA, My CM': Poster With Aditya Thackeray's Photo Put Up Outside Uddhav's House

"This is our struggle for truth, justice and rights. Our President (Uddhav Thackeray) is sought to be painted a liar. Nobody talks about this. There is no word on why promises made are not being fulfilled," the Sena spokesperson said.

Asked if he had spoken with Nationalist Congress Party President Sharad Pawar, Raut shot back: "Yes, I have met him and spoken with him - Is it a crime? He's a respected senior national leader, what's wrong if we discuss any issues? All should talk to him. We know who all are in touch with him."

Raut said the chief minister will be from Sena, adding the politics of Maharashtra is changing. "In our fight for justice, we will win," Raut said.

On Monday, Sharad Pawar, too, had clarified that his party had been given the mandate to sit in the Opposition, adding the responsibility to form the state government was with the BJP.

"The mandate given by the people of Maharashtra to NCP is to sit in the opposition but you cannot speak about future," the NCP chief had said.

"The BJP is responsible for forming the government in Maharashtra as they along with their ally have the numbers. Shiv Sena chief Uddhav Thackeray or anyone else in the Shiv Sena has not sought the NCP support," Pawar told reporters after meeting Gandhi.

Asked if one could see Sharad Pawar coming back as Maharashtra CM, he said a categorical "no".

Earlier on Monday, chief minister Devendra Fadnavis had met BJP President Amit Shah and expressed confidence that Maharashtra will have a government soon.