In a political ecosystem where the ‘Ayaram-Gayaram’ culture has flourished over the years despite stringent anti-defection laws, it seems anything but a mistake to switch allegiance. 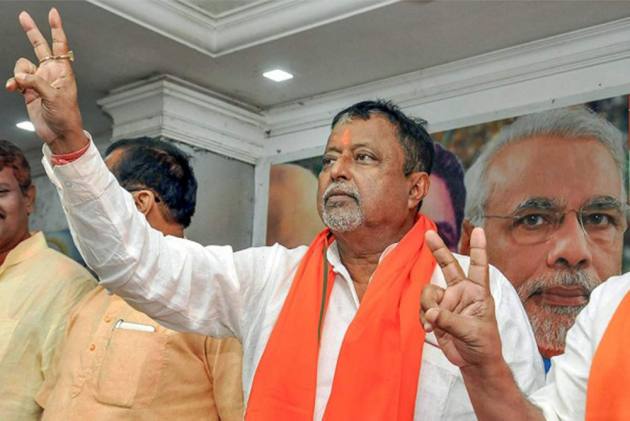 When veteran Bengal leader Mukul Roy met Chief minister Mamata Banerjee for the first time after making up his mind to re-join the Trinamool Congress the other day, he is learned to have told her that it was his ‘big mistake’ to join the BJP.

The 67-year-old leader had walked out on Mamata four years ago with a pledge to strengthen BJP in Bengal. The BJP did gain more than a foothold in the state since then, winning 18 Lok Sabha and 77 Assembly seats in the 2019 and 2020 elections respectively. But Roy, disillusioned with BJP, is now back to Trinamool, where he was the most powerful leader after Mamata.

But was it a political mistake on his part to have joined BJP or is it his blunder to have ditched the saffron party shortly after the recent Bengal polls? In a political ecosystem where the “Ayaram-Gayaram” culture has flourished over the years despite stringent anti-defection laws, it seems anything but a mistake to switch allegiance. In fact, it is cool to be a turncoat in Indian politics.

#Gharwapsi: Mukul Roy Back In The Fold, Joins TMC After A Meeting With Mamata Banerjee

Jitin Prasada Joins BJP: Bad Optics For Congress, But Jitin Is No Jyotiraditya

Roy must have had his reasons on both occasions to take U-turns. He had left the Trinamool apparently with a hope to lead the BJP and dislodge the Mamata government in Bengal. After his hopes were dashed in the state Assembly elections last month, he has returned to his old home.

Mukul did not, however, set any precedent by joining the Trinamool. It already seems to be the flavour of the season. A day before he ditched BJP, former Congress MP from UP, Jitin Prasada chose to join BJP, following in the footsteps of Jyotiraditya Scindia, who had taken a similar political route last year. There have also been intense speculations for quite some time over the possibility of another Congress leader Sachin Pilot defection to BJP, though he has been vociferously denying it all along.

Back in Bengal, Roy’s defection has thrown open the possibility of the return of his loyalists, including BJP legislators, to Trinamool, whose leaders are claiming that more than 30 BJP legislators will join the Trinamool in the days to come.

Elsewhere, in states where elections are due in the next few months such as UP and Punjab, party-hopping has already gained momentum. In Punjab, three Aam Aadmi Party legislators – Sukhpal Khaira, Pirmal Singh and Jagdev Singh Kmalu, were recently inducted in the Congress by chief minister Amarinder Singh.

In UP, BSP supremo Mayawati has expelled 11 of her party’s sitting MLAs in the last one and a half years, including the party’s legislative party leader Lalji Verma. The BSP alleges that they were being wooed by rival parties such as the BJP and Samajwadi Party.

Ever since the RJD-led alliance lost the assembly polls to NDA by a narrow margin in November 2020, RJD has been sending out feelers to the Manjhi’s HAM-S and Mukesh Sahni’s Vikashsheel Insan Party (VIP) to return to Mahagathbandhan. At present, both the parties have four MLAs each in the state assembly and their support remains crucial for the survival of the Nitish government, which has a slender majority in the state.

Both Manjhi and Sahni have been quite adept at switching sides; depending on the political situation. Ever since they floated their outfits, they have taken turns to alternately join NDA and the Mahagathbandhan. Sahni, for one, was with the RJD until Tejashwi Prasad Yadav until a few days before the elections last year.

In fact, he walked out of the alliance in a huff right in the middle of a press conference that was organised to announce the seat-sharing formula. A few days later, he landed in the BJP office as a pre-poll ally. Nobody will be surprised if Sahni or Manjhi chooses to switch sides again in the future.

Turncoats like them do not commit a ‘mistake’ in politics. When returns are enticing, why remain married to one ideology?