Home Minister Amit Shah, currently on a three day visit to J&K, following revocation of erstwhile state’s special status and bifurcation said no one will be allowed to created hurdle in the development of the UT. 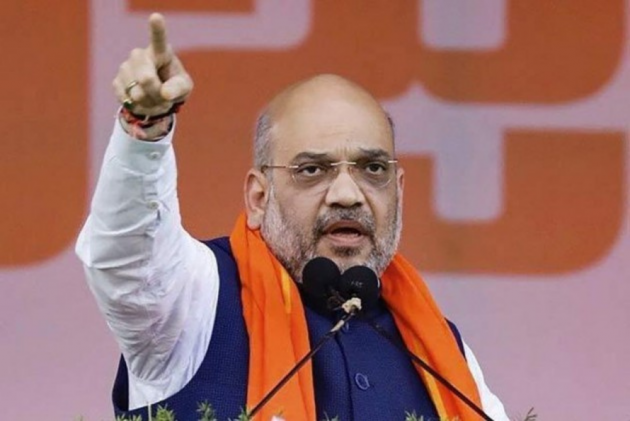 Stating time for sideling people of Jammu has come to an end Union Home Minister Amit Shah Sunday said now both Kashmir and Jammu will be developed together.

Shah is on a three-day visit to Jammu and Kashmir. This is Shah’s first visit to J&K, after the Centre revoked the erstwhile state's special status and bifurcated it into union territories on August 5, 2019.

Addressing the rally in Bhagwati Nagar area, Shah said no one will now be able to create any hurdle in the development of Jammu and Kashmir.

He said Rs 12,000 crore worth of investment has already come to the union territory and the government aims at a total of Rs 51,000 crore by the end of 2022.

If the youth join the development of Jammu and Kashmir, terrorists will fail in their sinister design, he asserted.

The home minister said the government is aiming that no civilian gets killed in violence and terrorism is wiped out from Jammu and Kashmir.

Shah arrived at the well-attended rally amid thunderous applause and sloganeering by people.

Police and paramilitary personnel were deployed in strength in and around the venue. (With PTI inputs)