'We have to take back our country and Constitution,' the film director said addressing students and other protesters. 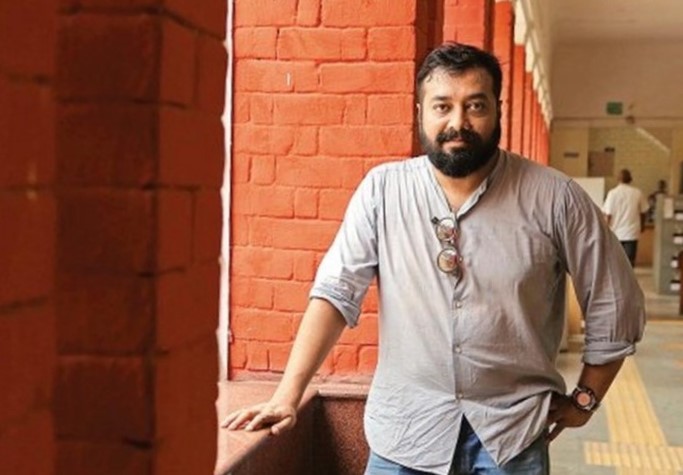 Filmmaker Anurag Kashyap, who has been vocal about his opposition to the Citizenship Amendment Act (CAA), on Friday participated in a protest at Delhi's Jamia Millia University.

Addressing the students and other protesters gathered at Gate No. 7 of the university, Kashyap said, "For me, the protests started from Jamia, went to JNU and spread through the country. So many people have come out together...for the first time it feels like we are one country, one India."

"The protests makes us realise and give us courage that we have an existence and we can't be directed like herds of cattle," he said in his maiden visit to the university as he followed up with the slogan of 'Inquilab Zindabad'.

Underlining his support for the anti-CAA protests, the Bollywood director said, "We have to take back our country and Constitution like this on the street, this peacefully, without violence no matter how much they provocate. This is a long fight. It's not going to end tomorrow, day after or with the next election."

Kashyap noted that it was a "fight of patience" as the protests have been raging country-wide since December 15.

"They are waiting for when people will get tired and go home--when people would be hungry or in need for comfort and will retreat. But this is a fight of patience. We have to have the patience that we will continue sitting here till you come and answer all our questions to the point that we are satisfied," he said.

Referring to the central government's repeated assertions that the protests were a result of misinformation spread by Opposition parties and that the law would not affect Indian nationals, he said, "It's often said why are you protesting? This law is not for people of India. How do we believe that when the Home minister says something, someone else says another thing. we don't believe in what you say but what you actually do."

Kashyap, who left Twitter in August 2019, returned to the social media platform in December last year as protests erupted against the CAA in the national capital and other states.

"This has gone too far.. can’t stay silent any longer. This government is clearly fascist," he had said on Twitter referring to videos of police crackdown on Jamia Millia Islamia on December 15 after a protest near the university turned violent.