It’s Imperative That Young Women Examine Themselves For Breast Cancer

The importance of self-examination for women cannot be over-emphasised. It should begin as early as 20 years of age, and continue into adulthood, supplemented by regular screening by a doctor. 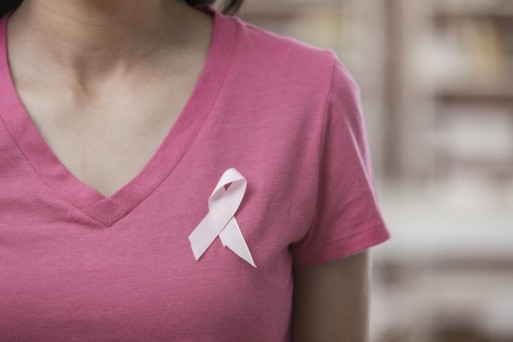 When she removed her blouse I saw it. A jagged hideous scar with saw-toothed edges imperfectly placed side-by-side revealing the complete lack of skill, indifference or perhaps both, of the person who had held the knife. It was irregularly stretched across one nipple and extending to her left axilla, at least 7cm across.

Her smile was wide and she said: “I don’t know what happened…that was a long time ago, at least 4 years ago. That was when my first grandchild was born…” her voice trailed off as she recounted the pooja held by the pandit in her village the day her first male grandchild appeared.

I glanced outside to the two male attendants, with their latest smartphones, waiting impatiently for their mother/wife to come out so that they could make their way back to Bokaro from where they came.

I shifted my gaze away from the scar and asked her to localise the lump. “Oh, it’s nothing really. I don’t know why everyone is making such a fuss. I am a mother of three and a grandmother of 5…this is hardly the time for anyone to bother about these things,” she said.

I palpated and felt an ill-circumscribed 5x4cm rock hard mass. The Fine Needle Aspiration Cytology (FNAC ) plunger guided the syringe seamlessly through it, as I could feel the goose bumps on my arms. She didn’t wince even once but continued chatting, asking why I wore the nose ring on the right and not the left nostril.

The scar still stared back at me. It was as if a blind person had learnt how to sew on a stuffed doll. After the FNAC, I told her that I would be examining her axilla. When she raised her arm I didn’t have to palpate, even as the lymph nodes bulged through, screaming for attention.

“Oh really? I didn’t even notice that” she said, adding: “anyway, it’s not like we ever wear sleeveless blouses like on TV or my husband looks at it these days” bursting into a laughing fit.

As she got down from the bed, she said: “So you will send it by that computer thing…what is it called: E-Mall?” Yes, I assured her, it would be sent by an email to her doctor.

It took one slide and only a couple of minutes to confirm the dreaded malignancy.

All I can remember of the lady with the scar is her smiling face and I wondered how life would change for her in an instant -- the time it took for the report to be read on the ‘E-Mall’.

The most common malignancy among women in India is carcinoma breast. It is estimated that one woman in India is diagnosed with breast cancer every four minutes and one woman dies of it every eight minutes. By the time a cancer is detected, it has undergone several cycles of growth and may well have spread to other organs.

The importance of self-examination for women cannot be overemphasised. It should begin as early as 20 years of age, and continue into adulthood, supplemented by regular screening by a doctor.

Regular mammograms, after the age of 40, are advised in order to detect the disease early. This is particularly important in rural India. Even when a lump is detected it’s important for the woman not to be scared, as not all lumps are malignant. Benign breast disease such as fibrocystic disease or benign fibroadenomas may also cause nodularity or lumps. There are also minimally-invasive techniques such as a FNAC, that takes only a few minutes and the results may be available the same or next day.

However, if breast cancer is diagnosed, it is important that the person seeks medical advice. Treatment of breast cancer depends on the type of the tumour. If there is early invasive cancer or pre-malignant lesion (Ductal carcinoma in situ), surgery may be the treatment of choice, which involves lumpectomy, with a rim of normal tissue around the tumour “margin” removed.

At times this is done as a “frozen section”, where, while the patient is still under anesthesia in the operation theatre, a rapid histological diagnosis is given by the pathologist within 15 minutes. If the diagnosis indicates a more advanced cancer, the surgery may involve removal of the breast known as a mastectomy with or without lymph node removal. The treatment given after surgery (radiotherapy/ chemotherapy/ hormonal therapy) is known as adjuvant therapy.

Hormonal studies on estrogen/progesterone receptors and human epidermal growth factor receptors (ER/PR/HER2/neu) are done along with a proliferation marker, Ki 67 on the tissue sample using a technique known as immunohistochemistry. Treatment against ER hormone positive breast tumours lowers the risk of contralateral breast cancer and recurrence of the tumour. Targeted therapy to HER2/neu positive tumours is warranted as these are more aggressive than HER2/neu negative breast cancer.

Those with damaged BRCA1 and BRCA2 genes, which are known as ‘tumour suppressors’, may need bilateral mastectomy or removal of both breasts. Treatment often depends on the Stage of the tumour, whether it has remains confined to the breast or has spread to other sites such as lymph nodes or distant organs such as the liver or the brain. If the tumour is inoperable, treatment may be more conservative.

Treatment of breast cancer relies on a multidisciplinary approach involving pathologists, surgeons, oncologists and radiotherapists. The treatment depends on multifactorial causes that may be treated by a combination of surgery, chemotherapy, radiotherapy and/or hormonal therapy.