It's Lovely That A Billion Dollar Whitening Industry Suddenly Wants To Be Fair: Nandita Das

Nandita Das says HUL's move to rename its 'fairness cream' is a step in the right direction, but the fact that there's a market for such products reflects people's obsession with fair skin. 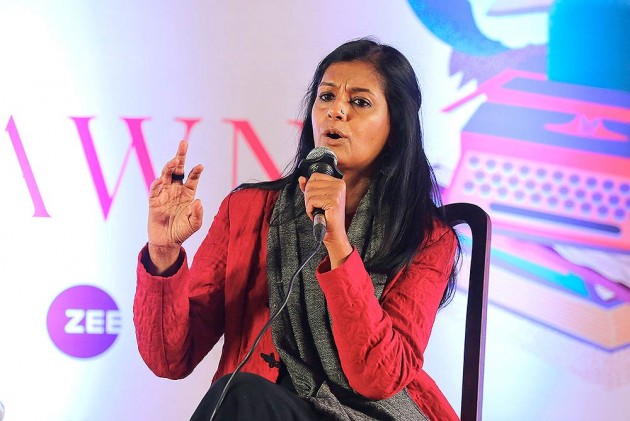 Actor and filmmaker Nandita Das has been supporting the 'Dark is Beautiful' campaign for long. Last year, she was part of the powerful 'India's Got Colour' video. With Hindustan Unilever recently dropping the word 'Fair' from its fairness cream Fair and Lovely, Das tells Outlook what will be the impact of it on a society where colourism runs deeper than fairness cream adverts. Excerpts:

Would you call it a victory for the 'Dark is Beautiful' and 'India's Got Colour' campaign?

I think so. It's surely a step in the right direction. Ironically, every year HUL and its competitors spend hundreds of crores to tell us that only 'Fair is Lovely' in a country that largely has dark-skinned people. So when a leading company that has managed to make their brand synonymous to what is considered beautiful, decides to re-brand, re-strategise and remove the word fair from their brand, it is significant. At the very least it will generate the much-needed debate around the issue of colourism.

Opinion | Not COVID-19, Racism Is A Virus That Knows No Cure And India Is A Hotspot

It is hard to believe that the change of heart is caused by anything other than the perceived shift in public opinion triggered by the Black Lives Matter protests, after George Floyd was killed. The bigger question remains - how will the mindset change and to what extent will the change in advertising strategy influence that. A market for such products only mirrors our obsession with fair skin. After all, they are only using the age-old prejudice to sell more creams and fancy dreams to entice more customers.

So does dropping the 'Fair' from the cream mean anything at all? Now it will only be sold under a new name.

In a culture where beauty is primarily defined by the colour of the skin, it’s quite lovely that suddenly the billion-dollar ‘whitening’ industry wants to be fair! Changing the name alone will not change anything, but words do matter. Time will tell if it is going to stop at this or the larger messaging and the product are actually going to change. Many are skeptical and feel that it is only old wine in a new bottle. Some have mocked and said, Fair & Lovely cannot even be termed as a skin care product that it claims to be. Having said that, at least it is a good start that hopefully will force more change. If it is just a PR exercise then that too will spark adequate resistance and debate, which in itself will help move the needle. But those with the real intent to change the narrative will make a sustained difference.

Do you think children should be sensitised regarding colour too? Should it start at the school level?

We were introduced to the these prejudices at a very young age and slowly children begin to understand the politics of colour. I was told by a friend from Chennai that in the South if you are dark you learn singing, and if you are fair, you learn dance because you have to perform on stage and 'look good'. In subtle and blatant ways, kids hear it too – things like, ‘uska rang saaf hai’ to describe a fair-skinned person, as if dark skin is dirty. Given that we’re exposed to these biases very early in our lives, it also needs to be addressed right from our childhood. Or else it can rob children of their confidence and sense of self, and scar them more than we can imagine.