The police said that of the five militants killed, two were commanders. 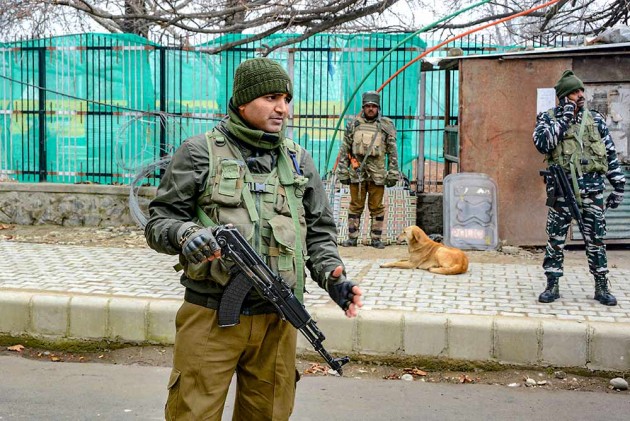 Five militants were killed in an encounter with the security forces in Reban village of Zainapora belt in south Kashmir's Shopian district on Sunday morning, the police said.

The police further said that of the five militants killed, two were commanders.

Officials said that a joint team of police, Army’s one RR and CRPF launched a cordon and search operation on specific information about the presence of militants in the area on Saturday night.

They said as the joint team of security forces approached the suspected spot, the hiding militants fired upon them which was retaliated leading to an encounter.

The identity and group affiliation of the slain militants is being ascertained.