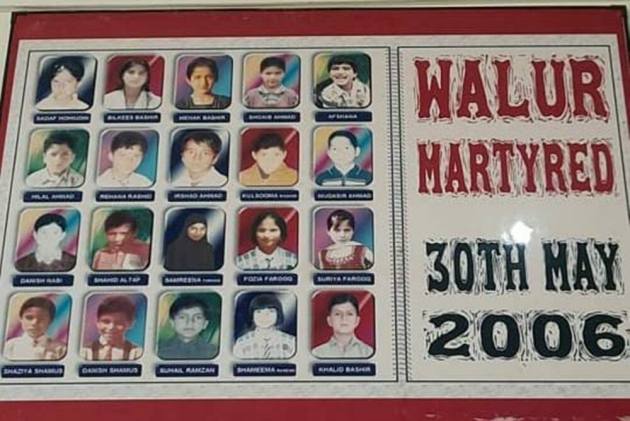 The Jammu and Kashmir Police on Friday registered an FIR against a local journalist, Sajid Raina, over a WhatsApp status on a boat tragedy in which 20 children had died in 2006. Raina had shared a picture of the 20 children and described them as martyrs.

The local news agency, Kashmir News Observer (KNO), for which Raina reports, said Raina received a call from police station Bandipora informing him about the FIR that has been lodged against him for posting the WhatsApp status about the children who died in Wular lake boat capsize incident on May 30, 2006.

“I was shocked to hear that an FIR has been lodged for keeping a simple WhatsApp status about 20 children, who died on May 3, 2006, when their boat capsized in Wular Lake. This is really shocking. I don’t know what was wrong with my WhatsApp status,” Raina said.

“This is not an isolated incident. A few days back, KNO’s copy editor was also called to police station Bandipora for a tweet about shifting of an oxygen plant and non-functionality of ventilators at DH Bandipora,” the KNO said in its news bulletin.

Twenty school children and a teacher had drowned when a Navy boat in which they were taking a joyride capsized on May 30, 2006. The then chief minister Ghulam Nabi Azad had later ordered a judicial inquiry into the incident. At that time Naval authorities had said that 'suitable disciplinary action' would be initiated against those found responsible for the incident.

The Army, under whose command the naval commandos operate in the Wular lake area, had also ordered a court inquiry to investigate the incident. The judicial probe later indicted four naval officers. The judicial probe had also indicted the principal of the school and had recommended criminal proceedings against him.

A police statement said that an FIR was lodged against “one person namely Sajid Raina”, for his WhatsApp status on May 30, saying it “attracts investigation into the contents and intention behind it”. “It was not against anyone’s profession particularly journalists as being circulated in social media. Investigations are underway,” the statement added.

Raina had put up a WhatsApp status on May 30 and it had been seen by 20 people in five hours after which he deleted it.

His colleague from Bandipora Sajad Gul tweeted that police “wants to criminalise journalists in Bandipora and stop them from factual reporting”. In February this year, Gul was booked for his report about villagers alleging a tehsildar was harassing and threatening them for opposing a demolition drive.

The Kashmir Press Club had expressed concern over the case registered against Gul, for reporting about a demolition drive in a village. Gul, a north Kashmir-based reporter had been booked for “rioting, trespassing, and assault” for his report for ‘The Kashmir Walla’ on February 9. According to his report, the villagers of Bandipora had alleged that they were being “harassed and threatened” by tehsildar over the alleged demolition drive in the area. After the report was published, the tehsildar filed a complaint against Gul at the Hajin Bandipora police station, on the basis of which, the police booked him under various sections of the Indian Penal Code.