Killing Of Cop, His Wife And Daughter By Terrorists In Pulwama Leaves Valley In Shock

Former Chief Minister Mehbooba Mufti said that no words are strong enough to condemn the cowardly attack in Awantipora that claimed the lives of a Jammu and Kashmir Police officer Fayaz Ahmad, his wife, and daughter 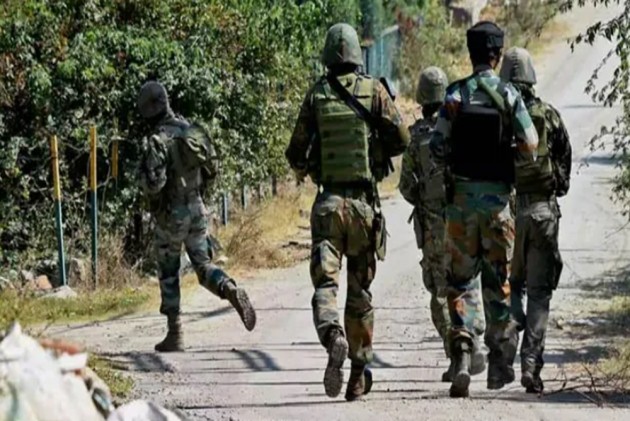 Condemnations are pouring in against the killing of a former special officer (SPO) of the Jammu and Kashmir (J&K) police force along with his wife and daughter in Pulwama’s Hariparigram on Sunday evening by militants. The daughter died this morning.

“Shocking! Brutal! SPO, wife killed in militant attack, daughter injured. SPOs living in villages have been sitting ducks for a long. Attacking their families is carrying it to another level,” noted journalist and Kashmir Times Editor Anuradha Bhasin tweeted.

Former Chief Minister Mehbooba Mufti said that no words are strong enough to condemn the cowardly attack in Awantipora that claimed the lives of a Jammu and Kashmir Police officer Fayaz Ahmad, his wife and daughter.

The Police said militants had barged into the house of SPO Fayaz Ahmad in a village Hariparigam of south Kashmir’s Awantipora area and fired indiscriminately. Ahmad died on the spot. His wife, Raja Bano, 48, and his daughter Rafia Jan, 25 were critically wounded. The wife succumbed to the bullet injuries at the government medical college Anantnag. Rafia was moved to the Sheri Kashmir Institute of Medical Sciences in Srinagar where she succumbed early Monday morning.

"I strongly condemn the brutal terrorist attack on SPO Fayaz Ahmad and his family at Awantipora. This is an act of cowardice and perpetrators of violence will be brought to justice very soon. My deepest condolences to the family of martyrs and prayers for the recovery of the injured," the office of Lieutenant Governor Manoj Sinha said.

Bharatiya Janata Party (BJP) JK spokesman Altaf Thakur said killing a cop and his family members is nothing but a pure form of terrorism.

This month, Kashmir witnessed a spate of attacks on the policemen in Srinagar and other areas resulting in several fatalities. On June 23, militants attacked a police inspector Parvez Ahmed Dar in the Naugam area of Srinagar, killing him on the spot. Dar was posted in the CID wing. He was returning after offering prayers outside Kanipora Masjid in Naugam.

On June 17, militants shot dead a J&K policeman, Javaid Ahmed Tambi, at Saidapora area near Eidgah, Srinagar, outside his residence. Earlier on June 12, militants attacked a joint patrol party of police and CRPF in the Sopore market in north Kashmir's Baramulla district. In the militant attack, two policemen and two civilians were killed.

Since 1990 when the armed insurgency broke out in Kashmir 1,068 police personnel and 510 special police officers (SPOs) have been killed in various militant attacks.