Police had fired tear gas shells as members of the two groups pelted stones at each other in Maujpur. 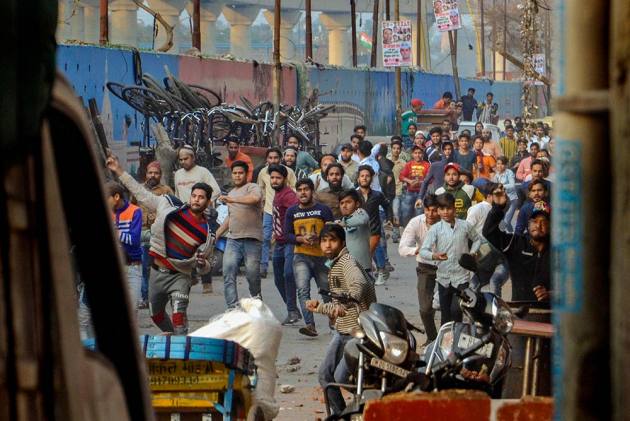 Four cases have been registered in connection with the violence during protests between pro and anti-CAA groups in northeast Delhi's Jaffrabad and nearby areas, police said on Monday.

Delhi Metro Rail Corporation (DMRC) closed the entry and exit gates of Jaffrabad and Maujpur-Babarpur metro stations for the second day on Monday after tension remained high following clashes between pro-CAA and anti-CAA groups in the area.

Clashes broke out between the two groups on Sunday evening near Jaffrabad in northeast Delhi where a large number of people had gathered to protest against the Citizenship Amendment Act.

Police fired tear gas shells as members of the two groups pelted stones at each other in Maujpur.

Maujpur is close to Jaffrabad metro station area, where women are holding a protest against the CAA amid heavy security.

There was tension in the area after hundreds of anti-CAA protesters, mostly women, blocked a road near the Jaffrabad metro station which connects Seelampur with Maujpur and Yamuna Vihar.