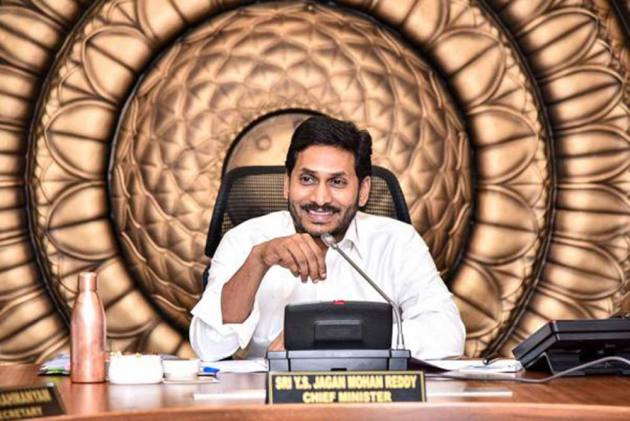 It was not so long ago that the ruling YSRCP registered such resounding victory in Andhra Pradesh state Assembly polls, leaving the media-and-tech-savvy Nara Chandrababu Naidu-led TDP high and dry. Yet again, the YSRCP has given the latter a “royal drubbing” in the panchayat polls in less than two years.

What does it indicate? Is TDP on the verge of extinction in state politics? The answer looks a big “yes”, as the YSRCP not only made the grand old Congress party irrelevant in state politics, but also appear to be succeeding in their efforts to completely root out the TDP, which ruled the undivided state for close to a decade and half and another half decade after the state bifurcation.

As a matter of fact, the TDP would have got wiped out in the YSRCP wave, after the successful marathon “padayatra” by YSRCP chief YS Jaganmohan Reddy, who covered more than 3,600km touching every district of the state. But the “loan-waiver” promise to farmers, which Jagan Reddy refused to make, as it was not feasible and Naidu grabbing it as shrewd political maverick, helped his party win the maiden polls, which were held after the state bifurcation. Just five lakh-odd votes separated both --- the TDP and YSRCP --- to capture power. “Where is the doubt? We did escape from the jaws of defeat in 2019 Assembly polls,” admitted a senior TDP functionary and close aide of the party’s founder-president NT Rama Rao, who continued in the party in spite of his sharp differences with the current party leadership.

On the contrary, the ruling YSRCP after its resounding victory in the Assembly polls went on to implement almost all its electoral promises by letter and spirit to win the hearts of people. “The people have clearly rejected the TDP for its dirty politics. It has indulged in slanderous campaign by whipping up religious passions. Jackal Naidu’s effort to hoodwink the people on communal divide by organizing attacks on Hindu places of worship to paint YSRCP as ‘pro-Christian’ too has fallen flat, claimed Botsa Satyanarayana, a senior cabinet colleague of Jagan Reddy.

What is more surprising is that the TDP losing so badly in some of its bastions. Keeping the victory trend of the first phase, the YSRCP managed to bag as many as 2,649 of the 3,328 panchayats to which polls were held in the second phase. While the TDP won 538 seats, the then “power star” Pavan Kalyan’s Jana Sena party along with BJP ended up getting 40 seats.

Though the party was reluctant to go ahead with panchayat polls citing the Covid vaccination drive as an excuse as well as its obsession with the State Election Commissioner (SEC) Nimmagadda Ramesh Kumar, yet it was forced to, after the apex court dismissed its plea challenging the former’s decision.

Meanwhile, the SEC had announced poll schedule for zilla parishads, mandals and municipalities too. Will the ruling YSRCP keep its winning spree to prove a point or two over the “extinction” of its arch rival from the state political map? One has to wait and see whether the depleted TDP can afford to bounce back or get further eroded in state politics!