Jaganmohan Reddy Gets Yet Another Jolt From Andhra Pradesh High Court

The latest setback to CM Jaganmohan Reddy is the Andhra Pradesh High Court's order on his government’s attempt to get rid of State Election Commissioner from his post. 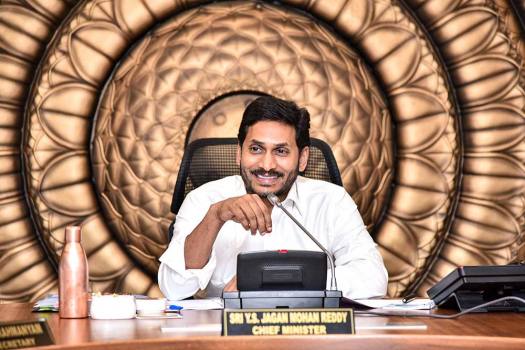 Nothing seems to be going right for Andhra Pradesh Chief Minister YS Jaganmohan Reddy as far as judicial battles are concerned.

The latest setback is the High Court's order on his government’s attempt to get rid of State Election Commissioner (SEC) Nimmagadda Ramesh Kumar from his post.  On Friday, the state High Court directed the YSRCP government to reinstate SEC with immediate effect.

The government is likely to move the Supreme Court but Kumar lost no time to reoccupy his office the minute the court delivered the judgement in his favor. In the one year Jaganmohan Reddy's government has been in power, this is the 65th case that has gone against it in the High Court. As the left-liberal former MLC Prof Nagesh Rao tweeted: "While Jagan Reddy government was supposed to fight and tame his political opponents, he appears to be engaged in taking on the judiciary. What is his battery of advisors doing?”

His potshot was at a dozen 'advisors' Jagan Reddy had appointed, some of them friendly journalists at salaries of Rs 3-4 lakhs per month. But according to sources, Jagan Reddy never consulted or sought any suggestion from any of them.

In the case of SEC, the bone of contention was the local panchayati elections in Andhra Pradesh. The Jagan Reddy government wanted to go ahead with them while the national lockdown was on but Ramesh Kumar put his foot down against holding them. The YSRCP regime was in a hurry to hold elections as it expected a landslide victory. These local elections would be very crucial as it would be seen as an endorsement of his game plan of shifting the state capital from Amravati to Visakhapatnam. which is mired in many court cases.

Meanwhile, the Opposition has lost no opportunity in attacking the government on its latest face off with the High Court. The Telugu Desam Party supremo and former chief minister Nara Chandrababu Naidu welcomed the High Court verdict and described Jagan Reddy as modern day ‘Tuglak.’