This seems to be the first time that the party has sent a clear message to the party men and many of the disgruntled leaders feeling side-lined under the incumbent leadership, since the party’s debacle in four bypolls. 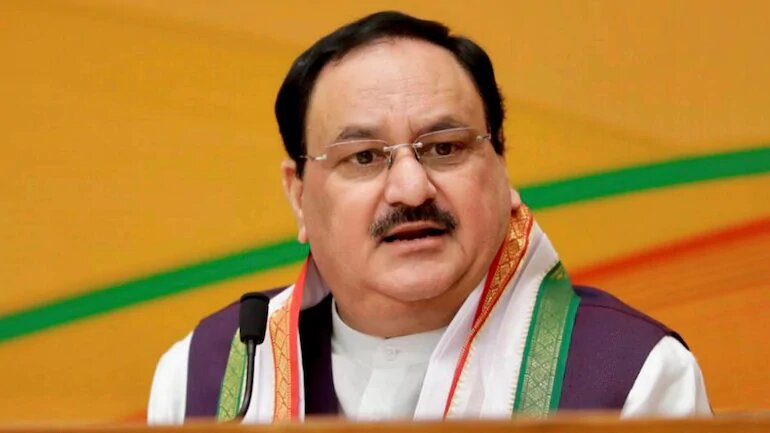 Putting speculations about impending changes in leadership to rest, National BJP president J P Nadda on Saturday said the party will fight the upcoming elections under Chief Minister Jai Ram Thakur and will also form the government in 2022 .

“Don’t go by social media reports .We will move to the assembly polls under leadership of Jai Ram Thakur and will repeat the government " he declared at the end of the state BJP’s three-day session at Shimla.

This seems to be the first time that the party has sent a clear message to the party men and many of the disgruntled leaders feeling side-lined under the incumbent leadership, since the party’s debacle in four bypolls, including Mandi parliamentary seat in the home district of Chief Minister Jai Ram Thakur.

Jai Ram Thakur, the five-term legislator from Seraj in Mandi, was elected the chief minister with strong backing of the RSS, after BJP’s chief ministerial face and two term chief minister Prem Kumar Dhumal, had lost his election.

The party had won Lok Sabha polls in 2019 and also two assembly bypoll simultaneously that played a pivotal role in  strengthening Thakur’s position.

However, the October 2021 bypoll caused him a biggest blow ahead of the assembly polls scheduled next year.

During the three-day state executive and core committee meeting of the BJP, which was convened to analyse the factors contributing to the party's defeat did not reflect any shortcoming or problems with leadership of Thakur or his governance, rather the meeting  emphasized more on a ‘party sabotage' and the sympathy factor in favour of late Virbhadra Singh whose wife Pratibha Singh was fielded in Mandi.

Initially, the chief minister admitted that rising prices was a big factor in the poll which the congress had made an issue in the campaign but soon he retracted after Union Minister for Information and Broadcasting Anurag Thakur had discounted the narrative .

Yet, the chief minister also offered to take a moral responsibility for the defeat and acjnowledged the need for corrections before the 2022 poll which is slated towards the end of the year.

Nadda, who also hails from Himachal, during his address at the party session in Shimla on Friday via video conference said “ It’s not right to cry over the spilt milk. Take the defeat in its stride. We still have time to put the organisational machinery on an action mode before the 2022 poll,which is the real target to repeat the government ”.

He patted the chief minister for his initiatives on development and handling the Covid crisis  well as Prime Minister Narendra Modi did at the national level. Nadda also assured that “double engine sarkar” ( the centre and state governments) are the best combination to make Himachal Pradesh a progressive state.

Thakur’s clean image is his biggest strength as there has been no corruption charge against him or the government. But questions are definitely being raised about him lacking grip in the administration and bureaucracy. Therea have been problems with governance and outreach with the masses and party cadres.

Right now, the only name which often gets speculated as his replacement is Anurag Thakur but he being recently elevated to the cabinet rank with an important portfolio may not be sent to Himachal Pradesh just a year before the polls.

Changes however are not completely ruled out in the party set-up and cabinet .Thus some ministers may face the axe in the coming months or be told to amend their working.