The BJP members raised the 'Jai Shri Ram' chants when Babul Supriyo, an MP from West Bengal, came to take the oath after Prime Minister Narendra Modi did it on Monday in the Lok Sabha. 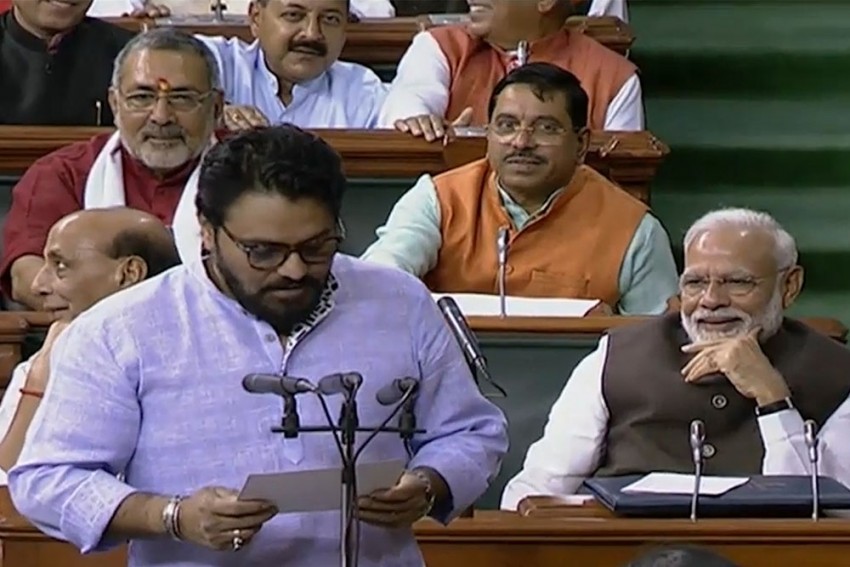 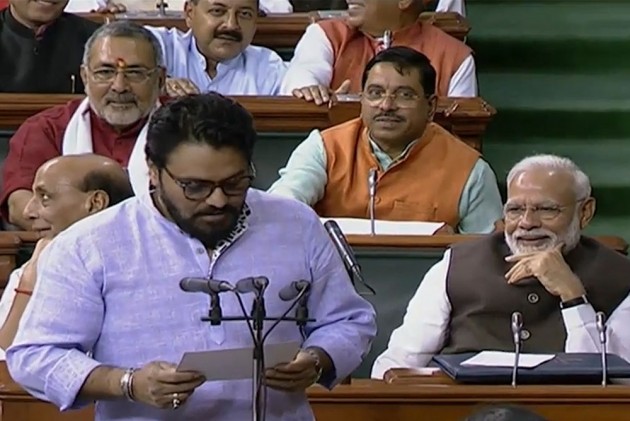 Chants of Jai Shri Ram' marked the oath-taking in the Lok Sabha by minister Babual Supriyo, elected from Asansol in West Bengal, where the chating of the slogan became a political issue during the recent elections.

Ruling party members raised the slogan when Supriyo came to take the oath after Prime Minister Narendra Modi did it on Monday in the Lok Sabha.

The cheer was apparently to take a dig at West Bengal Chief Minister Mamata Banerjee who had allegedly objected to uttering the slogan during some incidents.

Commenting on the incident, BJP MP from Bengal's Cooch Bihar, Nisith Pramanik, told ANI, "In India, people belonging to various languages and cultures live together. The slogan Jai Shri Ram is being raised not just in Bengal but across the whole country."

"From our birth till death, we hear Jai Shri Ram chants. It is not a crime to chant 'Jai Shri Ram' when something good is happening. There are some people in Bengal who are allergic to the slogan," he said.

The ruling TMC sees the slogan as an attempt by BJP to polarise voters on religious lines.

When asked to comment on Banerjee, who has been raising slogans of "Jai Bangla" and "Jai Hind" to counter the BJP's slogan of "Jai Shri Ram", Pramanik said, "We do not have a problem in shouting 'Jai Bangla', 'Jai Maa Kali', 'Jai Maa Durga' slogans. The present chief minister of Bengal is not mentally fit. She has completely lost his temper after the BJP's won."

However, Navneet Kaur Rana, an independent MP from Amravati, said "This is not the right place, temples are there for it. All gods are same but targeting someone and taking that name, it's wrong."