Due to the lockdown imposed to check the coronavirus spread, no other relative, except his wife, children and a younger brother, was at home. 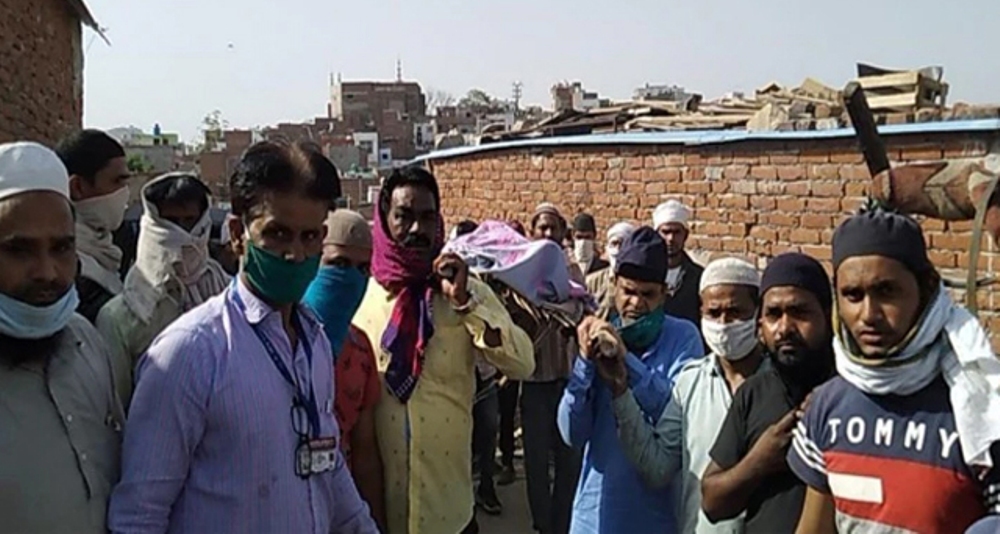 Muslim neighbours carried the bier of 35-year-old Rajendra Bagri, who died of cancer in the locked down Jaipur, amid the chanting of 'Ram naam satya hai' on Monday.

Due to the lockdown imposed to check the coronavirus spread, no other relative, except his wife, children and a younger brother, was at home.

In this situation, their Muslim neighbours came forward and made arrangements for the cremation.

Two videos related to the procession have surfaced, in which Muslims can be seen carrying the bier amid the chanting of ‘Ram naam satya hai’ as per the Hindu tradition.

A resident of Bajrang Nagar in Jaipur's Bhatta Basti, Rajendra Bagri had died on Sunday night after prolonged illness.

The locality where he lived is dominated by Muslims.

“He was a cancer patient for a long time. Since there were no other relatives, we all decided to make arrangements for his last rites,” Pappu, a Muslim and area resident said.

“This gives a strong message that there are people for whom humanity is greater than caste or religion,” he added.

Members of the Muslim community carried the bier on their shoulders from the deceased’s house to some distance, from where the body was taken to the cremation ground in a van.

“In view of the curfew, only five people were allowed to attend the cremation. Muslims neighbours made all arrangements for the cremation and the pyre was lit by the younger brother of the deceased,” SHO Shivnarayan told