This is the foreign minister’s third visit to the central Asian region since the crisis in Afghanistan. 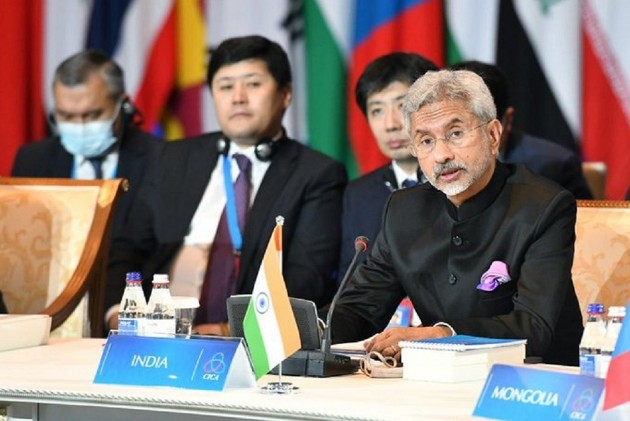 Foreign minister Subramanyam Jaishankar is in Nur Sultan the capital of Kazakhstan for a meeting of the Conference on Interaction and Confidence-Building Measures in Asia, commonly known as CICA. This sixth meeting of the CICA foreign ministers is being held at a time when the situation in Afghanistan is a major worry for the region. Confidence building was never more needed as now to face the security challenges posed by an unstable Afghanistan where Islamic groups ranged against several secular Central Asian governments’ hope to take a leaf from the Taliban book. The idea of a rag-tag army of fighters defeating the world’s most powerful army has boosted their confidence as they regroup with added zeal.

Jaishankar was earlier in Kyrgyzstan on a bilateral visit, where he announced a $200 million credit line. India will also be taking up a number of small high-impact development projects. These were highly successful in Afghanistan and helped to build goodwill for India. But Afghanistan and security were the major talking points during the bilateral meetings in Bishkek.

This is the minister’s third visit to the central Asian region since the crisis in Afghanistan. He was in Dushanbe in July and later in September for the Shanghai Cooperation Organisation meetings. India like the rest of the world is once again focusing on the region, mainly due to the situation in Afghanistan but also because the Eurasian landmass is opening up to big-power competition, and India hopes to gain a toe-hold there to promote both its security and economic interests.

With Similar Agenda In South Asia, India Has No Complaints About US Deputy Secretary’s Pakistan Visit

Since the collapse of the former Soviet Union, New Delhi had hoped to woo the former Soviet republics, but connectivity remained a major stumbling block for trade. That still remains an issue, with Pakistan refusing access through its territory and an unstable Afghanistan with the Taliban in control. Yet engagement is vital and New Delhi wants to make sure that it is counted. Membership of the SCO has helped in building links between India and the various Central Asian member states.

At the CICA meeting, Jaishankar spoke of terrorism as a major challenge facing the region. The minister called out Pakistan without naming it when he said ``Cross-border terrorism is not statecraft; it is simply another form of terrorism. The international community must unite against this menace … Any calculation that extremism, radicalisation, violence, and bigotry can be used to advance interests is a very short-sighted one. Such forces will come back to haunt those who nurture them. Lack of stability will also undermine our collective efforts to get Covid under control. The situation in Afghanistan is, therefore, of grave concern.’’ This was directly aimed at Pakistan as terror strikes in the Kashmir valley have shot up in the last week and more.

While speaking on connectivity, Jaishankar also took a dig at China’s Belt and Road Initiative. He spoke of the need for transparency, financial viability and respect for sovereignty. The China-Pakistan Economic Corridor passes through the POK, and India from the start had objections to this as it claims this as Indian territory. “As we build these modern arteries of commerce, it is absolutely essential that the most basic principles of international relations are observed. Respect for the sovereignty and territorial integrity of nations rank foremost among them. It is also important that connectivity building is a participative and consensual exercise, based on financial viability and local ownership. They must not serve other agendas.”

This was a strong statement against China’s infrastructure projects, which India and several Western countries see as unfair to those who opt to partner China. Sri Lanka is a good example. The minister’s words, again without naming China are a reflection of the growing antagonism between the two Asian giants. The breakdown of the India-China military commanders meeting on Sunday is an indication that tension is far from over.