Ajaz (22), is undergoing treatment at the hospital for 'gunshot injury' in the chest which he apparently suffered at the protest site. 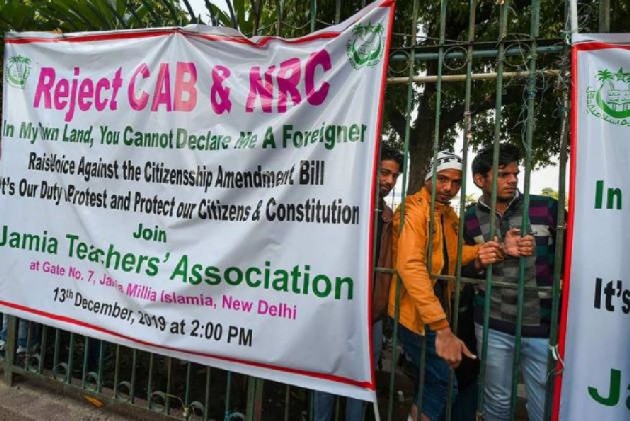 At least two men caught in Jamia violence are being treated for "gunshot wounds" at Safdarjung Hospital, sources said on Monday, but police insisted sharp tear gas shells could be the reason behind the injuries.

Sohaib Khan (23) was not part of the protest but was passing by when he was hit by a "pellet" on the toe, his father Mohammad Arshad said.

"He underwent surgery last night and was shifted to a ward," Arshad said, adding Sohaib is a 4th-year BTech student at Jamia Hamdard, PTI reported.

Another student, Ajaz (22), is undergoing treatment at the hospital for "gunshot injury" in the chest which he apparently suffered at the protest site.

However, the Delhi Police said it did not open fire during the Sunday incident and its personnel were not carrying firearms.

"The nature of injuries being reported could be due to the sharp end of tear gas shells and we are probing the allegations," a senior police officer said.

The people who were injured in the clash were taken only to Holy Family Hospital and AIIMS trauma centre, he said.

Deputy Commissioner of Police (DCP) South-East Delhi, Chinmoy Biswal told news agency ANI that the police had only used tear gas to disperse the crowd, which was pelting stones and committing arson.

"No gunshots were fired by the police. If anybody has received gunshot injuries then we will investigate to find out who is responsible behind it," he said.

Biswal said if the incident had happened around 4 pm in the Mathura road area then any sensible person would have gotten admitted in the Fortis Escorts or Holy Family hospital which were within 500 metres of the spot.

"But getting admitted more than an hour later at the Safdarjung Hospital which is more than 12 kilometres away does not make any sense, we will investigate it from that angle too," he said.

"No bullet was fired by the Delhi Police during protests at Jamia. All 10 persons detained have criminal background. More anti-social elements are being tracked," the officials said, citing a Delhi Police report.

Ten people from the Jamia Nagar area have been arrested in connection with vandalism and violence on December 15.