Three houses have been damaged as Pakistani army resorted to heavy mortar shelling. 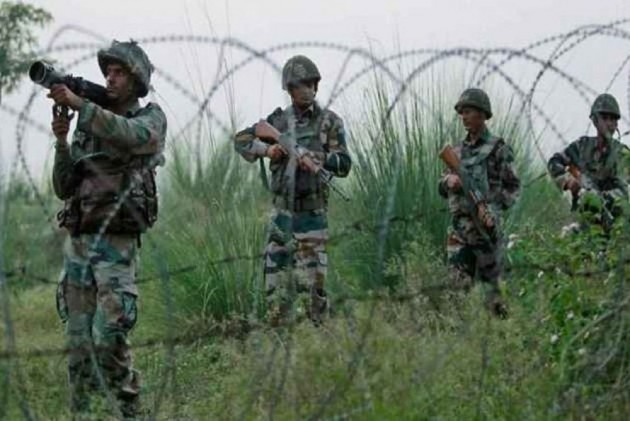 Three members of a family were killed in heavy shelling by Pakistani forces near the Line of Control (LoC) in Krishna Ghati sector of Jammu and Kashmir's Poonch district.

Pakistan resorted to indiscriminate firing across LoC in Poonch on Friday.

One civilian severely injured has been rushed to a nearby hospital.

Three houses have been damaged as Pakistani army resorted to heavy mortar shelling.

On Thursday, a civilian sustained an injury in Pakistani shelling in the Uri sector of Jammu and Kashmir, officials said. The injured was rushed to a hospital, they said.