Jammu And Kashmir: 'Will Knock On Every Door', Says PAGD Over Hyderpora Encounter

PAGD spokesperson Mohammad Yousuf Tarigami said: ‘We will also seek legal advice about approaching the Supreme Court... we will knock on every door’. 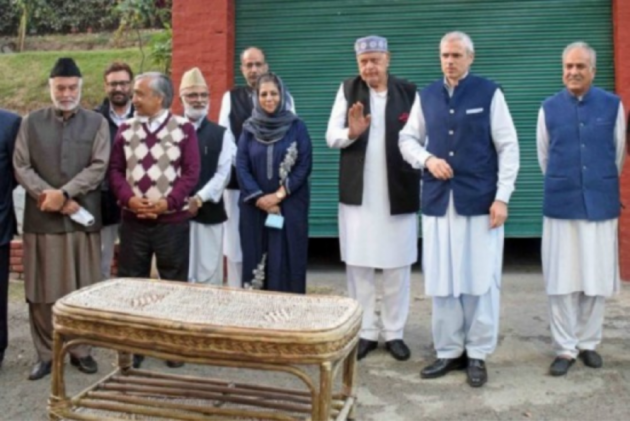 Saying the magisterial inquiry ordered by the J&K administration to investigate the incident cannot be fair, the People's Alliance for Gupkar Declaration (PAGD) on Thursday demanded a judicial probe into the Hyderpora encounter.

"We will be writing to President Ram Nath Kovind this evening, seeking a credible probe into the Hyderpora incident. In our view, only a judicial probe can be credible and fair," CPI(M) leader Mohammad Yousuf Tarigami said.

A controversy had erupted over the encounter held on Monday in Srinagar following conflicting claims about the two deceased civilians as their family members contested the police's charge that they were "terror associates", prompting demands by various parties for an impartial probe.

The PAGD leaders, except PDP president Mehbooba Mufti, met at the residence of National Conference chief Farooq Abdullah to discuss the "unfortunate situation" arising out of the "killing of three innocent civilians" at Hyderpora, Tarigami said.

He claimed Mehbooba was placed under house arrest by the authorities.

Tarigami, the PAGD spokesman, said the magisterial probe ordered by the Jammu and Kashmir government into the incident cannot be fair as it was against the principles of justice that the "accused administration investigated the charges against itself".

"The PAGD leaders also appeal to the people and leadership of the country to rise in defence of the democratic rights of citizens of India from Jammu and Kashmir as well. There is a need to share this pain of Kashmir before it is too late,” he said.

"We appeal to them to stop this bloodshed before the patience spills over. Do not mistake the silence.... we won't allow Kashmir to be turned into a graveyard. The government should listen to this voice," he added.

The Left leader said the bodies of the three civilians -- Mohammed Altaf Bhat, Mudasir Gul and Amir Magray -- should be returned to their families for a dignified burial.

He said the PAGD leaders wanted to visit the bereaved families, but the security establishment refused the permission.

"We will also seek legal advice about approaching the Supreme Court... we will knock on every door, " Tarigami added. (With PTI inputs)