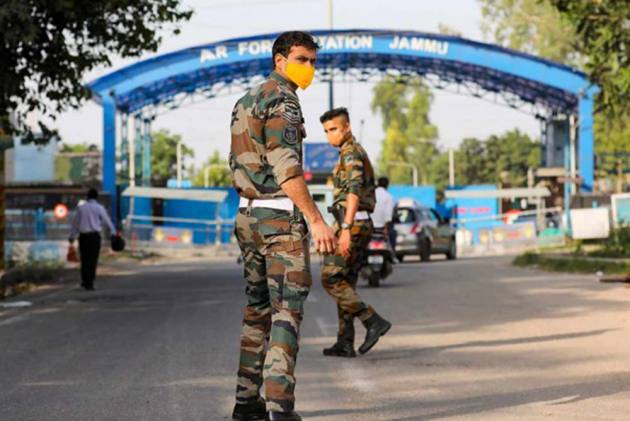 The banned Lashkar-e-Taiba terror outfit is suspected to have been behind the sensational drone attack on the Indian Air Force station in Jammu on Sunday morning with indication that the unmanned aerial vehicles had come from across the border, a top police official said on Tuesday.

Director General of Jammu and Kashmir Police Dilbag Singh told PTI that the Lashkar-e-Taiba (LeT), a terror outfit based out of Pakistan, is suspected to be responsible for the attack.

Two drones dropped explosive material on the IAF station located at Jammu airport on Sunday injuring two personnel. A cocktail of explosive material, including RDX, is believed to have been used. The case was handed over to the National Investigation Agency (NIA) on Tuesday.

The decision to hand over the probe into the first-of-its-kind terror attack at the Indian Air Force station was taken by the Ministry of Home Affairs.

A 1987-batch IPS officer, Singh, who has been monitoring the situation as well as the probe, said that in all likelihood, the unmanned aerial vehicles have flown in from across the border and returned after the operation.

"We are still probing the case and will extend all our findings with other security agencies," Singh said.

Police also carried out a series of raids in Jammu and neighbouring locations but could not establish any concrete leads.

"The drones are suspected to have come from across (the border) but we are still probing as of now," he said.

He said police have sensitised vital installations about the new threat from terror outfits. "All preventive measures have been taken for the same," Singh said.

He said a general warning has also been issued to the public for no unauthorised use of drones in Jammu and Kashmir. "Strict actions would be taken for the same," he added.

In what was the first instance of Pakistan-based terrorists deploying drones to strike vital installations, two bombs were dropped at the IAF station in Jammu in the early hours of Sunday, causing minor injuries to two airmen.

The explosions took place around 1.40 am within six minutes of each other. The first blast ripped off the roof of a single-storey building at the technical area of the airport manned by the IAF in Satwari on the outskirts of Jammu. The second one was on the ground.

The aerial distance from the Jammu airport to the international border is 14 km.