Two IAF personnel were injured in the explosions that took place around 1.40 am within six minutes of each other. 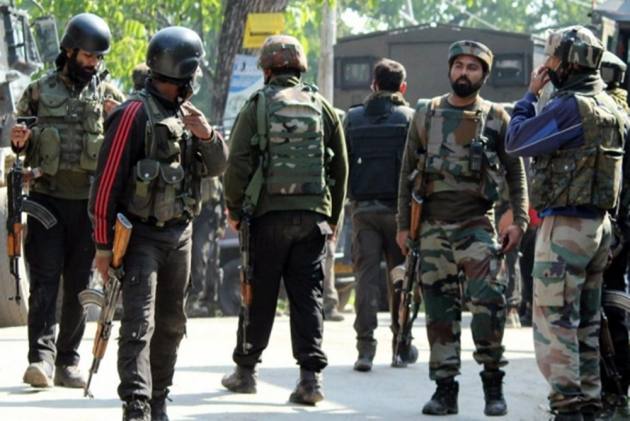 Two explosions were reported at the high security technical area of Jammu airport during the wee hours of Sunday. People living around the area woke up to the deafening sounds of explosions as drones, operated by Pakistan-based terrorists, dropped two bombs at the vital military installation.

Two IAF personnel were injured in the explosions that took place around 1.40 am within six minutes of each other.

The first blast ripped off the roof of a single-storey building at the high security technical area of the airport manned by the air force in Satwari area on the outskirts of the city. The second one was on the ground, according to officials.

"We woke up to deafening sounds. It rocked the entire area, and people were shocked," Inderjeet Singh, who stays in a locality along the air force station, said.

Hearing the explosions, several people from areas such as Belicharana, Karan-Bagh, Gaddigar, Boharcamp and Satwari reached the air force station, despite Covid restrictions, with no idea that it had been hit by drones.

This is the first time that Pakistan-based terrorists had used these unmanned and remote-controlled vehicles to strike a vital installation.

"There was an atmosphere of fear in the area by morning after channels broke the news of the attack. It is unimaginable for us that such an important defence installation could be hit," Singh said.

Soon Nath of Satwari said this is a matter of concern as such an attack was never heard of before.

By morning, heavy security had been deployed around the air base as bomb disposal squads along with senior officials examined the site, officials said.

"The attack at the IAF station in Jammu was a terror attack," Jammu and Kashmir police chief Dilbag Singh told PTI.

He said police and other agencies were working with IAF officials to unravel the plan behind the attack. A team from anti-terror probe agency National Investigation Agency (NIA) was also at the spot.

It was not immediately clear from where the drones had taken off and investigations were on to ascertain their flight path, officials said.

Investigators scanned CCTV footage, including from cameras installed on the boundary walls of the airport, in an effort to determine from where the drones came. However, all the CCTV cameras focused on the roadside, they said.

Drones cannot be detected by radars deployed at border areas to monitor enemy activity, officials said, suggesting that a different radar system that can detect drones as small as a bird be installed.

The drones dropped the explosive material and were either flown back across the border or to some other destination during the night, the officials said.

The aerial distance from the Jammu airport to the international border (IB) with Pakistan is 14 km.

"Troops are on alert on IB and other installations," a senior BSF officer told PTI here.

There are large number of Border Out Posts (BoPs), units, camps and other security installations in border belts of Jammu, Samba and Kathua districts.

Besides these, there is the security setup of the IB, a large number of army units and other formations.

Police have also increased security on highways and intensified checking of vehicles at various places, they said.