Pavan Varma is not alone to voice dissent over JD(U)'s stance on the Citizenship Bill. Prashant Kishor voiced similar concerns. 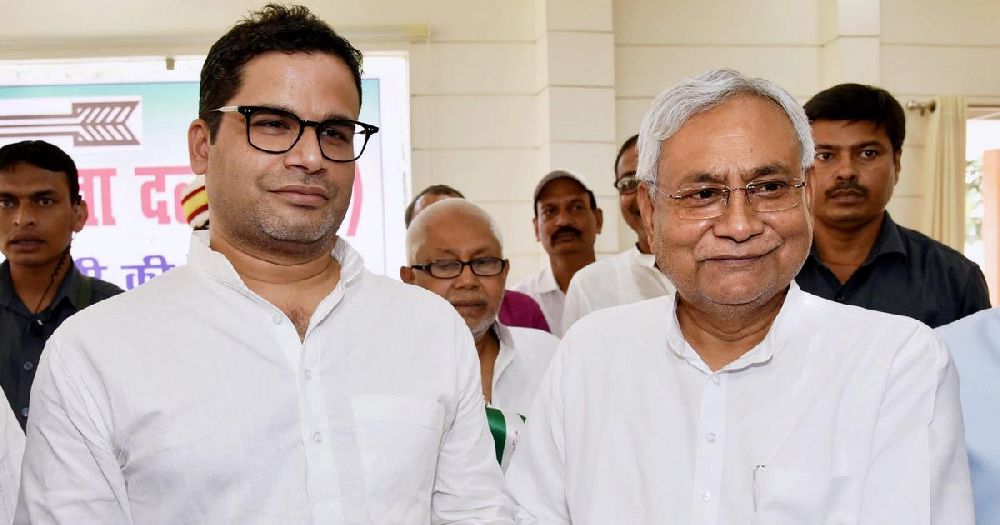 The Janata Dal (United), BJP's ally in Bihar, looks divided on the issue of the contentious Citizenship Amendment Bill even though the party supported its passage in the Lok Sabha on Monday night.

In a tweet, Varma said: "I urge Shri Nitish Kumar to reconsider support to the #CAB in the Rajya Sabha. The Bill is unconstitutional, discriminatory, and against the unity and harmony of the country, apart from being against the secular principles of the JDU. Gandhiji would have strongly disapproved it."

Explained: What Is Citizenship Amendment Bill (CAB)? Which States Are Exempted And Why? What Next?

Varma is not alone to voice dissent over JD(U)'s stance on the Bill. The party's national vice-president, Prashant Kishor, expressed disappointment over his party supporting the CAB in the Lok Sabha, underlining that the legislation discriminates against people "on the basis of religion".

Also Read: Sena Will Not Support CAB Unless Things Are Clear: Uddhav Thackeray

In a late-night tweet when the Bill was put to vote and passed by the Lok Sabha with a resounding majority, Kishor sought to underscore that the Bill was "incongruous with the
constitution of the party, headed by Bihar Chief Minister Nitish Kumar, which swore by secularism and Gandhian ideals.

"Disappointed to see JDU supporting #CAB that discriminates right of citizenship on the basis of religion. It's incongruous with the party's constitution that carries the word secular thrice on the very first page and the leadership that is supposedly guided by Gandhian ideals," the poll strategist-turned-politician tweeted.

Disappointed to see JDU supporting #CAB that discriminates right of citizenship on the basis of religion.

It's incongruous with the party's constitution that carries the word secular thrice on the very first page and the leadership that is supposedly guided by Gandhian ideals.

Varma was later quoted by a TV News channel as saying that the Bill was "unconstitutional, discriminatory and against national interest" in the context of national unity.

He said the JD(U) had "inner democracy" and that he had conveyed his views to Kumar "personally".

When asked if the party's stand in the Lok Sabha stemmed from political necessity as the state will have assembly elections next year, Varma said despite being a constituent of the BJP-led NDA the party has taken contrarian stand on several sensitive issues like Article 370 and instant triple talaq.

The CAB, he said, is not in consonance with JD(U)'s constitution, which cannot be held hostage to political concerns.

Noting that Nitish Kumar had walked in and out of the NDA in the past, he pointed out that while the JD(U)-BJP coalition has given a "stable and good" government in Bihar, the two parties were contesting Jharkhand assembly polls separately.

"The party has the freedom to formulate its views on issues," he said.

The Bill faces its final test in the Rajya Sabha on Wednesday. Will Varma ask Kumar to change his stance over the Bill when it is tabled in the upper house? "I will be in touch with my leader but that is between me and the party," answered Varma.