Born on November 14 in 1889 in Allahabad, Nehru's birthday is celebrated as children's day. 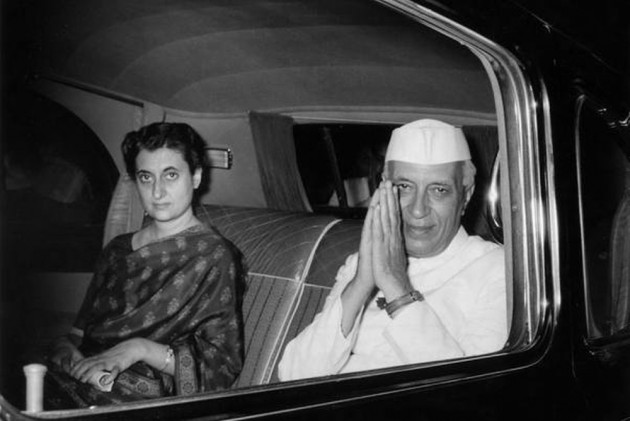 On the 130th birthday anniversary of Jawaharlal Nehru, the first prime minister of independent India, leaders from different political parties and ideologies paid tribute to the man who was one of the leading figures in the country's anti-colonial struggle.

Nehru, the father of late prime minister Indira Gandhi, is also known as Pandit Nehru or Chacha Nehru in India. He was born on this day in 1889 in Allahabad and his birthday is celebrated as Children's Day because of the bond the political leader shared with the young lot.

"The children of today will make the India of tomorrow," Nehru had famously said.

Nehru And The Hindu Code Bill

Nehru: Hands That Modelled The Clay

From Prime Minister Narendra Modi's tweet to the Gandhi family's floral homage to the late statesman's memorial at Shanti Van, the tributes poured in on Thursday morning in different forms.

Jawaharlal Nehru, who held the PM's office between August 1947 and May 1964, hailed from a prominent lawyer family. His father Motilal Nehru was also a lawyer besides being a freedom fighter and a Congress leader.

Nehru received much of his education in England, first at the Harrow School and then at Trinity College, Cambridge, where he earned an honours degree in natural science. Then he studied law at the Inner Temple in London before returning home to India in 1912 and practising law for several years.

It was the bloody Jalliwanwala Bagh Massacre of 1919 that swung Nehru into politics as he decided to fight for the country's independence.

As the Congress President in 1929, Nehru had called for complete independence from the British rule.

In 1930, the Congress issued a statement under Nehru’s leadership which called for “Purna Swaraj” for India.

The statement, drafted by Nehru, started with the following: "We believe that it is the inalienable right of the Indian people, as of any other people, to have freedom and to enjoy the fruits of their toil and have the necessities of life, so that they may have full opportunities of growth. We believe also that if any government deprives a people of these rights and oppresses them the people have a further right to alter it or to abolish it."

During the freedom movement, Nehru was imprisoned nine times and wrote his autobiography in jail.

Under his prime ministership, the Constitution of India was enacted in 1950, following which he took on massive social and economic reforms to rebuild the country after 200 years of British exploitation.