Sasikala, lodged at Parappana Agrahara prison in Bengaluru, is expected to come out on January 27 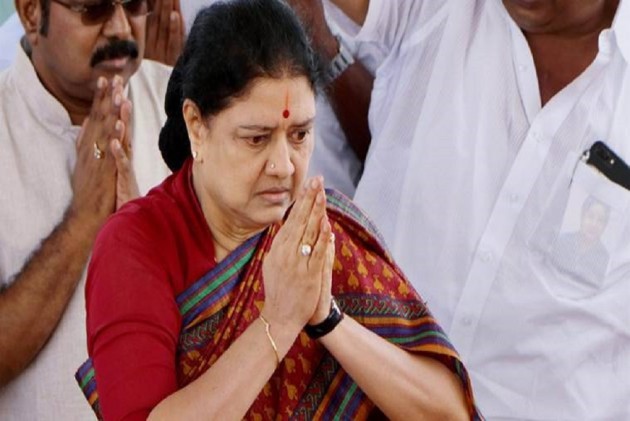 Sasikala, lodged at the Parappana Agrahara prison here, is expected to come out on January 27, 2021, after she deposited Rs 10 crore fine at a special court. However, she has applied for the remission of her jail term to come out early, sources close to the leader told PTI.

The prison authorities have forwarded her application to higher officials. "She has applied for remission of her jail term and it has been forwarded to the head of the department for their consideration," a source said. Authorities are yet to take a call on it.

Jayalalithaa Refused To Go To Hospital, Says Sasikala In Affidavit To Probe Panel

After the Supreme Court restored the trial court judgment in toto against Sasikala and two of her close relatives in the disproportionate assets case, she surrendered before the court in Karnataka on February 15, 2017, and has been lodged in Parappana Agrahara Central Jail since then. Her two relatives are also undergoing four years simple imprisonment and all three of them were slapped with a fine of Rs 10 crore each.

With the death of Jayalalithaa in 2016, who was the first accused in the case, the appeal by Karnataka against her stood abated. As per the norms, three days of remission for good conduct is available for every month in jail and so far, she has completed 43 months, making her eligible for a reduction of 135 days in prison.