Former allies Congress and JDS will contest against each other in the upcoming Rajarajeshwari Nagar assembly bypolls in Bengaluru. 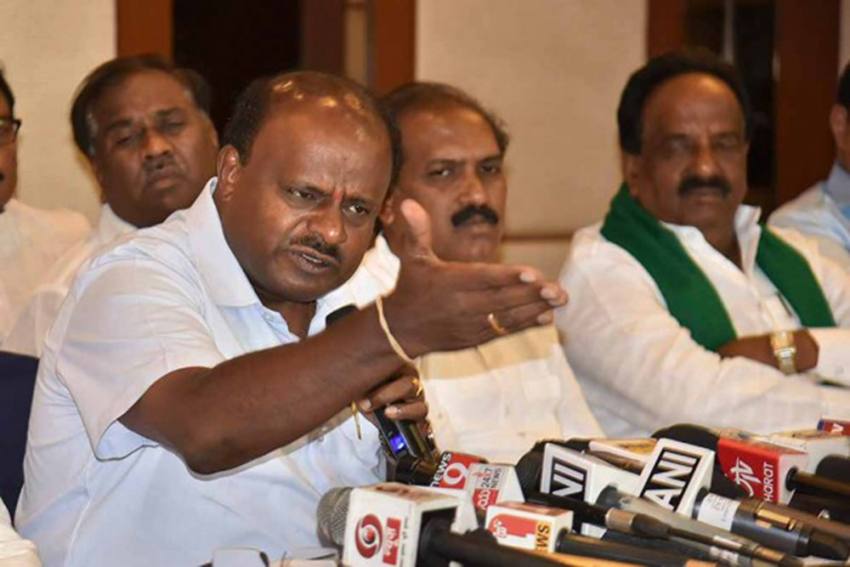 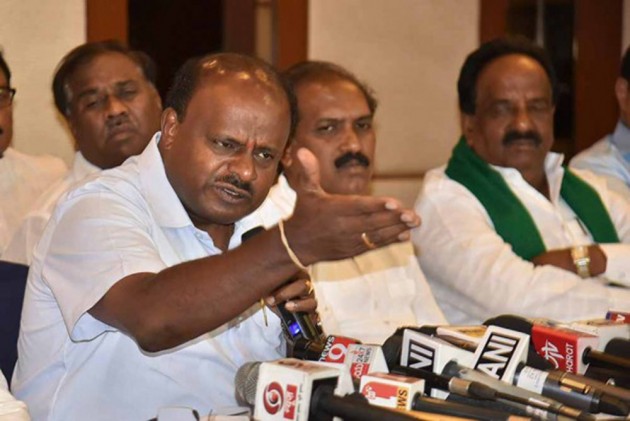 Poll fever has intensified in Bengaluru, as the Rajarajeshwari Nagar assembly bypoll is around the corner. On Wednesday, candidates of the BJP, Congress and the JD(S) filled their nominations with JDS ripping into its former ally--the Congress.

The BJP, Congress and the JD(S) have fielded N Munirathna, H Kusuma and V Krishnamurthy respectively for the bypolls that are scheduled to take place on November 3. Munirathna who is now being fielded by the BJP, was twice elected on a Congress ticket from RR Nagar constituency-- once in 2013 and second time in 2018. However, his resignation from the Assembly last year along with 15 other Congress and JD(S) MLAs has necessitated the bypolls in the constituency.

In an apparent show of strength, long processions were carried out led by party leaders atop open vehicles. Party workers holding party flags, scarfs and raising slogans followed their leaders.

JD(S) leader H D Kumaraswamy while accompanying his party candidate, V Krishnamurthy said he would personally oversee the entire election campaign in Rajarajeshwari Nagar. Launching a scathing attack at the Congress, he said that the Congress’ game plan will not work this time around.

"Congress party's game plan will not work this time in RR Nagar. How will they face the voters when they could not do anything for the constituency despite winning the elections from here twice?" Kumaraswmay sought to know.

According to media reports, Kumaraswmay also blamed the Congress for the recent communal violence that broke out in the city earlier this year. "These Congress people are not the protectors of the citizens of this state. They are the main culprits in that raid. Now people think of that issue... the Congress is not safe for the people of Bengaluru city. I think they will take a proper decision in this election," Kumaraswmay is reported to have said.

Meanwhile, the Congress candidate H Kusuma, accompanied by former chief minister Siddaramaiah and Congress state chief D K Shivakumar, also filed his nomination papers on Wednesday. Shivakumar said the election was crucial as it is a way to send a message to the state government as well as the centre.