‘We Are Being Treated Well By The BJP’: JDU Leader KC Tyagi 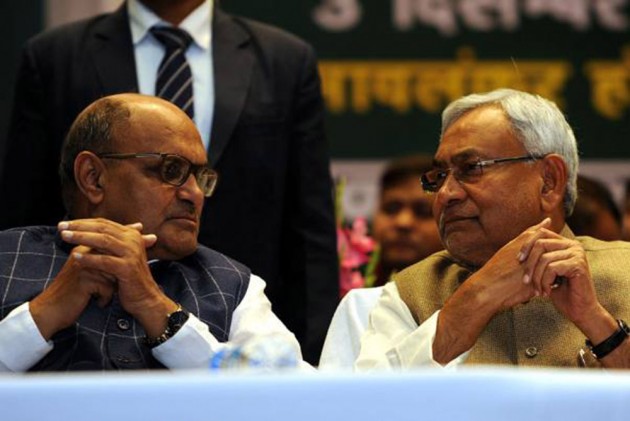 On the eve of the first phase of Bihar Assembly polls, Janata Dal-United JD (U) leader and party’s national spokesperson KC Tyagi talks to Outlook about the row over NDA’s CM candidate Nitish Kumar’s pictures missing from BJP posters, the winning prospects of the NDA and more. Excerpts:

It is a disinformation campaign run by the opponents, mainly by Lok Janshakti Party (LJP). In that poster, it is written that ‘vote for NDA’. The symbols of all parties including JD (U) are in the poster. Earlier, JD (U) has also published posters, which only had Nitish Kumar’s pictures. Our parties are contesting the election together. The majority of the election rallies are organized under the banner of the NDA. In PM Modi’s first rally, he was all praise for Nitish Kumar. The PM categorically said that Nitish Kumar is NDA’s CM candidate and some people are spreading rumours. Though the PM did not name LJP, he was hinting at them only.

Q) Is the BJP turning the election into Modi versus the rest? Also, BJP and JD (U) are contesting an equal number of seats.

At national level, Modi is the undisputed leader of the NDA. But he has made it clear that Nitish Kumar is the leader of the NDA alliance in Bihar. We are contesting the election in the name of both leaders. We are not thinking in terms of seats. The mood of the masses is very clear. They don’t want the dark days of Lalu- Rabri rule and they will vote for NDA irrespective of the fact that whether it's a BJP candidate or JD (U) candidate.

Q) Some even suggest that Nitish Kumar will do an Uddhav Thackeray after the election...

Uddhav Thackeray is the synonym of treachery and betrayal. We are old partners of BJP from the days of Atal Bihari Vajpayee, though we differ on some ideological issues.

Q) How is the LJP factor going to play out in the election? There is an assumption that BJP is playing along with LJP.

BJP is aware that Bihar is very important for them. It is the most effective partner of the NDA alliance. BJP had unsuccessfully contested elections in states like Punjab, Haryana, Rajasthan, Madhya Pradesh, Maharashtra, AP and Jharkhand. Now, a victory for BJP is a victory for the NDA. So they are doing their best to win this election.

This should not be the style of functioning of any political party. Chirag claims that he is with BJP but BJP says that they are with Nitish Kumar. Chirag is trying to confuse the electorate. He has no ideology and strategy. His only political strategy is to accuse Nitish Kumar. Chirag is becoming a laughing stock. LJP will not even get double-digit seats in the elections. Let us wait and see.

Q) There is a large turnout at Tejaswi Yadav’s rallies. Also, the Grand Alliance seems to be on a strong footing with Left parties in tow. Does that worry you?

In the Lok Sabha election also, Tejaswi addressed large crowds, but he failed to get a single seat. The RJD is only trying to consolidate its mass base of Yadavs and Muslims. I am not denying the fact that a good contest is in the store between RJD plus and JDU plus. However, the NDA will emerge as the winner as we have a strong core constituency than others. We also have tied up with Jitan Ram Manjhi’s Hindustani Awam Morcha (HAM) and Mukesh Sahni’s Vikassheel Insaan Party (VIP). Why should we worry? Moreover, the CPI and CPM don’t have a single MLA in the house.

Q) RJD has promised 10 lakhs jobs and perks for farmers. The opposition also points out the high unemployment rates in the state. Will that work against you?

Not a single farmer has committed suicide in Bihar. The farmers are not in dire straits. As far as jobs are concerned, no governments can give jobs in one day. People realize that it’s an election gimmick. Some RJD leaders were saying when you get a job, you will get a bride too. The reason for unemployment is that there are no industries in Bihar. After the bifurcation, the industries went to Jharkhand. We have been demanding special status for Bihar for this reason. The previous Congress government has rejected our demand.

Q) There is a feeling that your government is fighting the anti-incumbency factor in this election...

There is no anger against Nitish Kumar in handling the Covid-19 situation in the state. It is not a man-made disease. The entire world is reeling from this. It is a fact that the majority of the migrants are from Bihar and UP. Earlier, the PM and the WHO had instructed that one must stay put where they are. Therefore, a large number of migrants faced hardships and were humiliated in the respective states by local authorities. They were not allowed to return to their native states. Migrants are disgruntled with the system, not with Nitish Kumar.

Q) When the migrants returned to Bihar, did the government handle the situation in an effective way?

The migrant workers were received in the railway station by the state authorities. We have provided them food and money was also put in their accounts. Through the schemes of central and state governments, five kilograms of rice, wheat, and one kilogram of pulses were distributed to them. We also created jobs for them through MNREGA programs. Apart from this, Rs 500 was given to them at the time of departure. We tried our best. Though floods also played havoc, we handled the situation well.

Q) During election rallies, Nitish Kumar lost his cool many times. Is it a sign of nervousness

It is because of the taunts by Chirag Paswan. With Ram Vilas Paswan, we fought together for 45 years. But his son is making baseless allegations against the Chief Minister and says that he will send him to jail. Nitish Kumar is the ablest and honest chief minister the country has seen. He has a clean image.

Q) Bihar election is keenly watched as this is the first election since the Covid-19 outbreak. It is a crucial election for the NDA too. How confident are you about the winning prospects?

We are fully confident that the development work done by Nitish Kumar during the last 15 years will pay off. He has established rule of law and brought in development to the state. Bihar’s economy registered high growth in the past years whereas the GDP was at a dismal figure during the Lalu-Rabri regime. We have ended their ‘jungle raj’.

This is a different situation. During Vajpayee’s term, the BJP didn’t have a majority on their own. So they needed more allies such as BSP, TMC, JDU, Akali Dal, Shiv Sena and more. The BJP is now in a strong position. Though there is no co- ordination committee, we are being treated well by the BJP.