As many as 24 students emerged as toppers in the Joint Entrance Examination (JEE)-Main this year with each scoring 100 percentile. 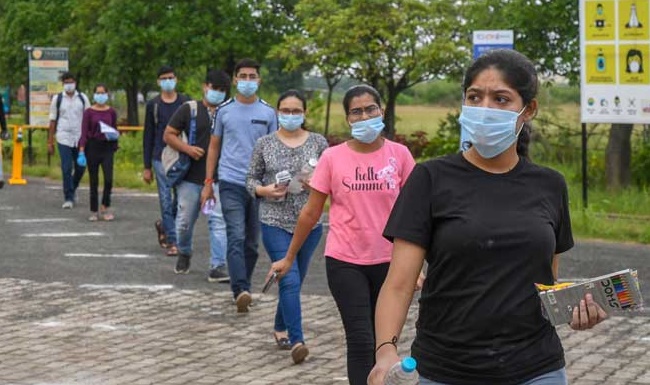 Five students from the national capital have scored 100 percentile in the JEE-Main, which was conducted earlier this month after being postponed twice in view of the COVID-19 pandemic.

The NTA has announced results of the entrance test that was conducted between September 1 to September 6 for B Tech programmes offered by the National Institutes of Technology (NITs) and other technical institutions. Results of the entrance test conducted for B Arch programmes offered by centrally funded technical institutes will be announced later this month. 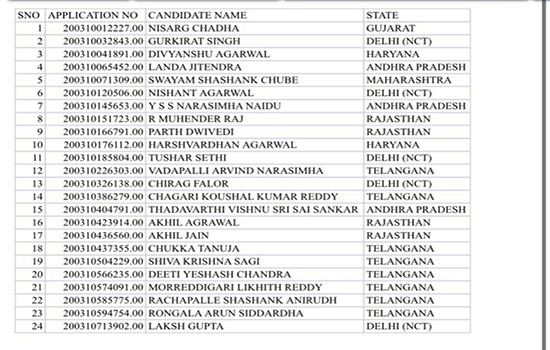 As many as 24 students emerged as toppers in the Joint Entrance Examination (JEE)-Main this year with each scoring 100 percentile, according to results of the entrance test announced by the National Testing Agency (NTA) late on Friday.

Staggered entry and exit for candidates, sanitisers at the gate, distribution of masks and maintaining distance as candidates queued up, were among the scenes witnessed at the exam centres across the country.

A total of 8.58 lakh candidates had registered for the JEE-Mains exam for admission to engineering courses in IITs, NITs and Centrally Funded Technical Institutions (CFTIs) while only 74 per cent of them had appeared for the exam.

Increasing the number of examination centres, alternate seating plans, fewer candidates per room and staggered entry and exit were among the steps taken by the National Testing Agency for safely conducting the crucial exam.

Based on the results of the JEE-Mains Paper 1 and Paper 2, the top 2.45 lakh candidates will be eligible to appear for the JEE-Advanced exam, which is a one-stop exam to get admission into the 23 premier Indian Institutes of Technology (IITs). JEE-Advanced is scheduled to take place on September 27.