According to reports, Jet has a debt of more than Rs 8,500 crore besides unpaid dues to aircraft lessors, employees and suppliers. 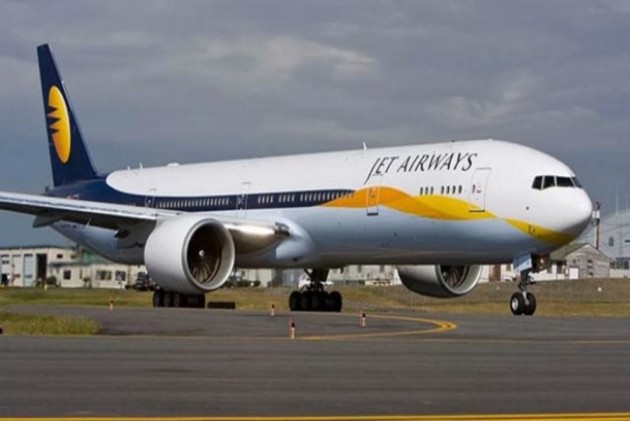 Jet Airways pilots union has served a legal notice to the management of the airline over delays in the payment of salary.

In the notice addressed to CEO Vinay Dube, the National Aviators Guild (NAG) has threatened to initiate legal action unless the salaries of the pilots due from January to March are cleared by April 14.

The pilots, via their counsel, claimed that despite raising the issue time and again with the management, the schedule of payment is getting delayed each time.

"My client calls upon the management of Jet Airlines to pay the salaries outstanding for the months of January, February and March 2019 by April 14 2019 (and future monthly salaries by the 1st of each proceeding month), failing which my client shall be constrained, instructed to inform you, to resort to all constitutional and legal methods available to it to ensure payment of the salaries of its members," the notice read.

The 25-year-old airline, which shattered Air India's monopoly, has been surviving while facing bruising competition from low-cost airlines and fluctuating crude oil prices.

On March 25, Jet Airways Chairman Naresh Goyal and his wife Anita holding 51 per cent of the equity resigned from the board and transferred control to the lenders. Thereafter, an interim management committee was created to manage and monitor daily operations and cash flow.

According to reports, Jet has a debt of more than Rs 8,500 crore besides unpaid dues to aircraft lessors, employees and suppliers.