Jharkhand Elections In 5 Phases From November 30, Counting Of Votes On Dec 23

There has been an increase of 20 per cent in the number of polling booths in Jharkhand, Chief Election Commissioner said. 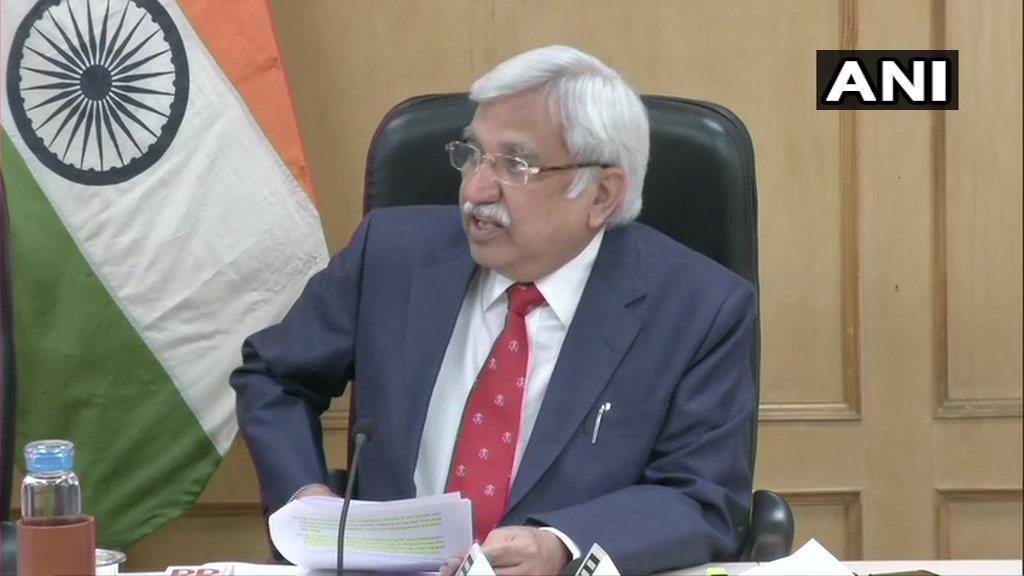 The Election Commission of India on Friday announced that Assembly elections in Jharkhand that will be held in five phases.

The first phase will be held on November 30 for 13 assembly constituencies.

The last dates of counting will be on December 23, Arora said.

The last phase of polling for Jharkhand Assembly will be held on December 20.

The tenure of the Jharkhand Legislative Assembly will end on December 27.

The Model Code of Conduct in the state comes into force from November 1.

There has been an increase of 20 per cent in the number of polling booths, said Chief Election Commissioner Sunil Arora.

The election comes at a time when the Haryana and Maharashtra elections have not yielded results as per the expectations of the ruling Bharatiya Janata Party (BJP).

In Haryana, Manohar Lal Khattar-led BJP fell short of the majority mark and had to seek Jannayak Janata Party (JJP)'s support to form the government.

In Maharashtra, the BJP is engaged in a power tussle with its ally Shiv Sena over government formation. The BJP is significantly short of being able to form the government in Maharashtra on its own.

In Jharkhand, Chief Minister Raghubar Das-led BJP is hoping to retain power in the state.

In 2014, while the BJP won 37 seats, its ally All Jharkhand Students Union (AJSU) won five.

The combined tally was enough for the National Democratic Alliance (NDA) to cross the majority mark of 41 in the 81-member Assembly.