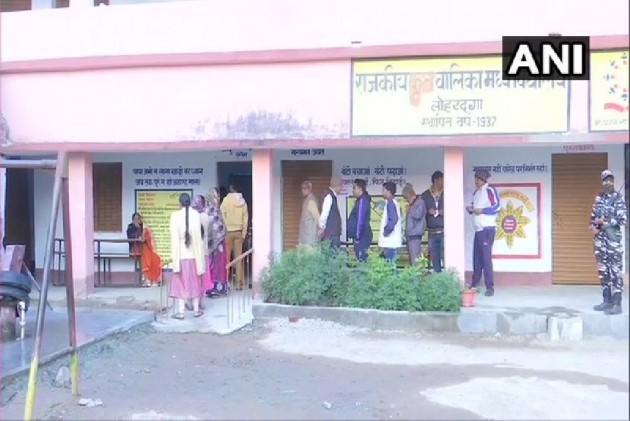 The voting for the first phase in which 13 of the 81 seats of the Jharkhand Assembly go to polls began on Saturday morning. The elections in the state come close on the heels of a muted victory for the Bharatiya Janata Party (BJP) in Haryana and what will be considered a loss of face in Maharashtra, where Uddhav Thackeray was sworn in as the chief minister on Thursday afternoon.

1:20 PM: Congress candidate KN Tripathi brandishes a gun during a clash between supporters of BJP candidate Alok Chaurasia and Tripathi's supporters. Tripathi was allegedly stopped by BJP candidate's supporters from going to polling booths, in Kosiyara village of Palamu in Jharkhand.

1:00 PM:  People cast their votes at a polling booth in Chatra. Voting underway for the first phase of the Assembly elections in Jharkhand. 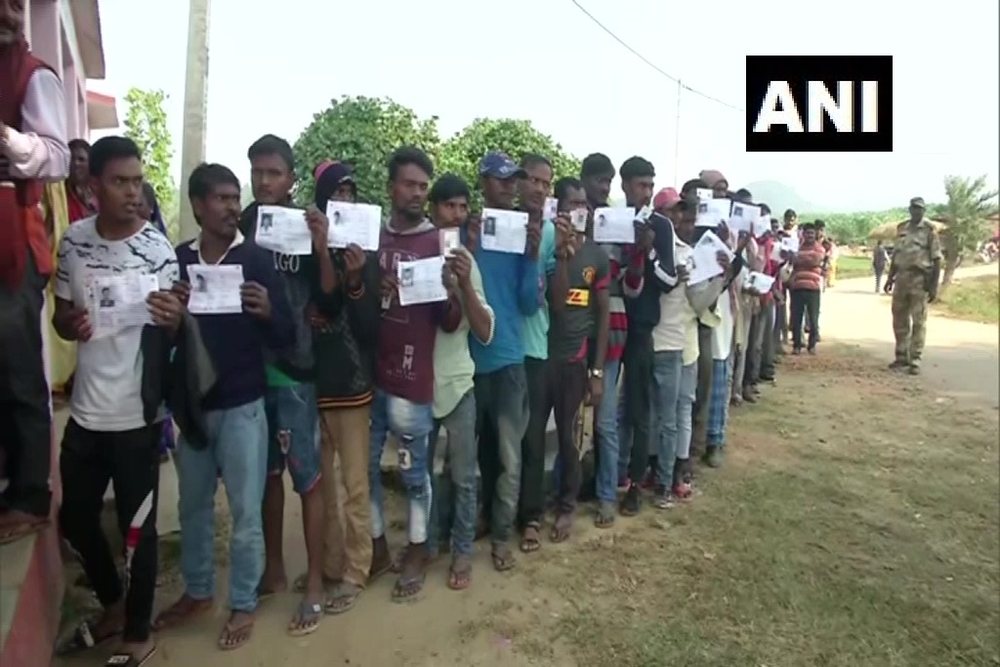 12:01 PM:  An estimated 27.41 per cent polling was recorded till 11 am on Saturday in the first phase of Jharkhand assembly elections in 13 constituencies.

Jharkhand: People cast their votes at a polling booth in Chatra; voting underway for the #FirstPhase of the Assembly elections. pic.twitter.com/9LX0zoOHsC

11:23 AM: A voter turnout of 11.2 per cent was recorded till 10 a.m. in the 13 constituencies in six districts of Jharkhand where the first phase of Assembly elections is underway.

Maoist-issued threats appeared to have little impact as over 13 per cent voting was registered in the first two hours in the Latehar seat where the insurgents had killed four policemen just a few days ago.

9:32 AM: Naxals blow up a bridge in Bishnupur in Gumla district. No injuries reported. Deputy Commissioner Shashi Ranjan says voting not affected.

8:25 AM: Jharkhand Chief Minister Raghubar Das has appealed to people of the state to vote in large numbers. "Your one vote is important for the development of the state."

Jharkhand: Voting continues at a polling booth in a Govt school in Lohardaga. Voting on 13 constituencies in the state for the first phase of elections is underway. #JharkhandAssemblyPolls pic.twitter.com/IiD3rIR50M