Exit polls have predicted less than 40 seats for the BJP while the party expects to win over 65 seats. 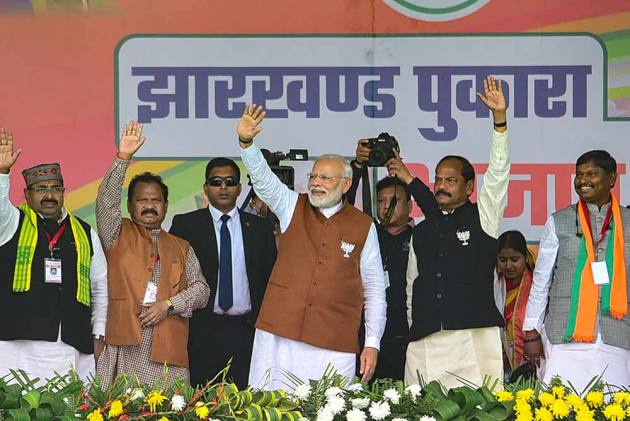 The counting of votes for 81 Jharkhand Assembly seats, will take place on Monday deciding whether the Bharatiya Janata Party can retain power in the state.

The state went to polls in five phases from November 30 to December 20. The first result is expected around 1 pm on Monday after counting starts at 8 am at all the 24 district headquarters.

Both the BJP, which went solo this time, and the Congress alliance tried their best to win over voters.

Key Seats In the Fray

One of the key seats in the elections in Jamshedpur East from where Chief Minister Raghubar Das has been winning since 1995. He is pitted against ex-cabinet colleague Saryu Rai who became a rebel following the BJP putting his ticket on hold.

The other important seats are Dumka and Barhet from where JMM Executive President and former CM Hemant Soren is contesting. He is pitted against Women and Child Development Minister Louis Marandi at Dumka.

AJSU President Sudesh Mahto, who lost the 2014 Assembly poll after a stretch of 15 years, is trying his luck again from Silli seat.

The BJP has aimed to win more than 65 seats by itself with its clarion call of the election "Abki bar, 65 par".

In 2014, the BJP and AJSU alliance fetched 42 seats, but Sudesh Mahto who led AJSU in the polls decided to jump into the Jharkhand battleground alone, without his old ally.

To BJP's disappointment, the exit polls predicted that the Jharkhand state elections are likely to throw up a hung Assembly.

However, either the JVM or AJSU could emerge as king-makers in such a scenario.

According to CVoter-ABP-IANS exit polls, the trends indicate JVM and AJSU can together secure 15 per cent vote share, which is likely to influence post-poll alliance.

The trends indicate these parties together could get leads on at least eight seats.

The exit poll trends indicate the JMM's alliance with the Congress and the Rashtriya Janta Dal (RJD) could fetch 35 seats, falling slightly short of majority in 81-member Assembly. In these circumstances, either JVM or AJSU could potentially play a crucial role in forming the government.

The trends also indicate that BJP with 32 seats, is not far away from the majority mark, and it will not let its strings go loose on either JVM or AJSU.

Aaj Tak has given the BJP between 22 and 32 seats, and the JMM-led opposition between 38 and 50 seats. It also predicted two to four seats for the JVM-P, three to five for the AJSU Party and four to seven for others.

In the present assembly, the BJP has 43 members, JMM 19, Congress eight, AJSU Party three, JVM(P) two, CPI(ML) Liberation one, MCC one and others two.