Sources say Hemant Soren and a senior Congress leader have even decided to send feelers to BJP's former ally, the AJSU, which decided to break its alliance with the saffron party ahead of the assembly polls. 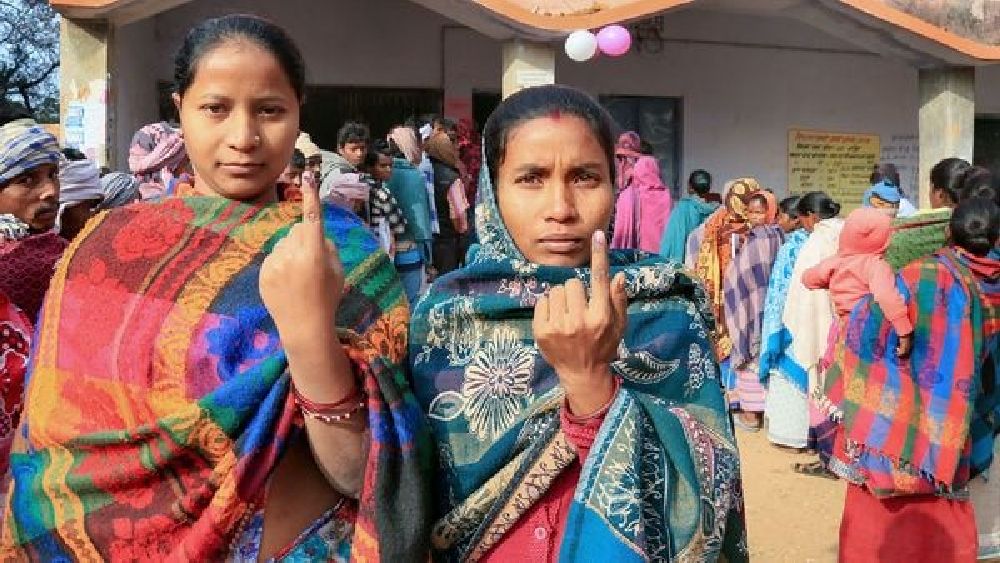 Buoyed by exit polls which have predicted that their alliance has a definite advantage over the Bharatiya Janata Party for forming the next government in Jharkhand, leaders of the JMM, Congress and RJD have begun talks on where they can secure additional numbers from if their pre-poll pact falls shy of a clear majority.

Senior leaders from Hemant Soren's JMM and the Congress party have told Outlook that they are in touch with JVM-P chief Babulal Marandi and have also reached out to a few independent candidates who may emerge victorious when results for the 81-member Jharkhand assembly poll are announced.

"We were positive about our alliance doing well because there was a strong undercurrent of dissatisfaction against the Raghubar Das government. However, we were also aware that in the event of a hung house, the BJP will go to any length to steal the mandate. We have already started reaching out to leaders who want to see the end of this arrogant government," a senior Jharkhand Congress leader said.

The exit polls have predicted that the JMM-Congress-RJD combine may win between 35 and 50 seats in the assembly while the BJP may bag between 22 and 32 seats. The AJSU, a former BJP ally, is poised to win between 3 and 5 seats while independents may emerge as a bloc with 7 seats.

Sources said that Hemant Soren, the Chief Minister nominee for the JMM-Congress-RJD mahagathbandhan, has spoken to Marandi whose party is tipped to win between 2 to 4 seats as per exit polls. "Marandi was part of the grand alliance till recently but for some reasons, he felt his party should contest the assembly polls on its own strength. We are confident that he will respect the anti-BJP mandate that the people of Jharkhand have endorsed and will support a secular alliance for government formation. He has good terms with Hemant Soren...The two will work out an arrangement," a JMM leader said.

For the BJP, a defeat in Jharkhand is expected to be a major setback as it comes close on the heels of the surprise electoral reversals that the party faced in the recent Maharashtra and Haryana assembly polls.

In Maharashtra, though the BJP emerged as the single largest party, its tally was way short of it's projected expectations. What made the reduced mandate worse was the Shiv Sena's decision to snap ties with its ideological partner and ally instead with the NCP and Congress to form a government under Uddhav Thackeray. In Haryana too, the BJP won fewer seats than expected and had to rely on support of Dushyant Chautala's JJP to form a government.

If the Jharkhand poll result actually mirrors what the exit polls have predicted, the BJP will need to do a serious rethink not just over the electoral narrative it seeks to build through its controversial decisions of abrogating Article 370, push for the Ram Mandir and most recently the passage of the Citizenship Amendment Act; BJP chief Amit Shah will also have to recalibrate his strategy of hand-picking chief ministers who do not belong to the dominant caste/community in a state and hoping that Prime Minister Narendra Modi's popularity with the voters will ultimately carry the BJP to victory despite below par performance of its provincial governments.

The experiment of relying on untested leaders and making them chief minister had been tried by the BJP in several states over the past five years. In Haryana, a Jat-dominated state, Modi-Shah had decided to back M.L. Khattar, a Punjabi Khatri, for the post. In Maharashtra, Devendra Fadnavis, a Brahmin, was nominated, triggering heartburn among the Marathas. The impact of these decisions was all too evident when the two states went to polls recently and the BJP's performance sharply nosedived despite an absent Opposition and the saffron clean sweep of the Lok Sabha polls.

In Jharkhand too, the BJP had decided to surprise everyone in 2014 when it won the assembly polls in alliance with the AJSU but chose Raghubar Das, an OBC leader, as chief minister of the predominantly tribal state.

Though Das has already made history by becoming the first Jharkhand CM, and a non-tribal at that, to complete a full term in office, his five-year stint saw unprecedented alienation of the tribal community from their lands in the state. If the exit polls are proven correct, this alone could be the BJP's biggest gaffe in Jharkhand.

The assumption until a month ago that the BJP under Das was set for a return to power was largely fuelled by the perception that the Mahagathbandhan was struggling to find a narrative that could win the state for it. However, the public anger against the Das government was always clear. Aside from the angst of the tribals, which Hemant Soren with his formidable lineage of being the son of Santhal strongman Shibu Soren tapped into, the electorate in Jharkhand had a litany of complaints against the state government. Power cuts had increased, long delays in salaries of government school and college staff had become normal, water shortages were acute, lynching of Muslims, Dalits and tribals by Hindutva goons had become a common scene and police atrocities against civil society members saw a spike.

The mahagathbandhan, as state Congress chief Rameshwar Oraon told Outlook, decided to keep its attacks focused on the Das government's failures instead of attacking Modi and Shah or the central government. Though the Congress continued to battle it's age-old affliction of infighting and lost several of its satraps to the BJP or other parties, Soren tried to compensate for these setbacks by relentlessly touring the state and reaching out to the public.

Sources say Soren and a senior Congress leader have even decided to send feelers to BJP's former ally, the AJSU, which decided to break its alliance with the saffron party ahead of the assembly polls. "The AJSU has strong reservations against Das and its leaders are upset with the way the BJP treated them over the past five years. If the mahagathbandhan is short of a majority by just a few seats, we see no reason for not taking support of the AJSU," a senior JMM leader told Outlook.

For the BJP, the exit polls predict a tougher race to reach the majority mark of 42 seats. While its leaders are hopeful of Shah working his magic, they are also mindful of the changing political narrative in the backdrop of the CAA protests and the crumbling economy. These shifting scales, coupled with the events in Maharashtra which proved that Shah's BJP may no longer be the natural destination for smaller parties hoping to get a share of the power pie, have given the mahagathbandhan hopes of its revival. Of course, whether these hopes are realistic or just borne out of the euphoria over exit polls which do have a tendency to go wrong will be known on December 23 when the actual results are declared.