The incident occurred at 7.30 am after the woman, a mother of three children was defecating in the open, police said. 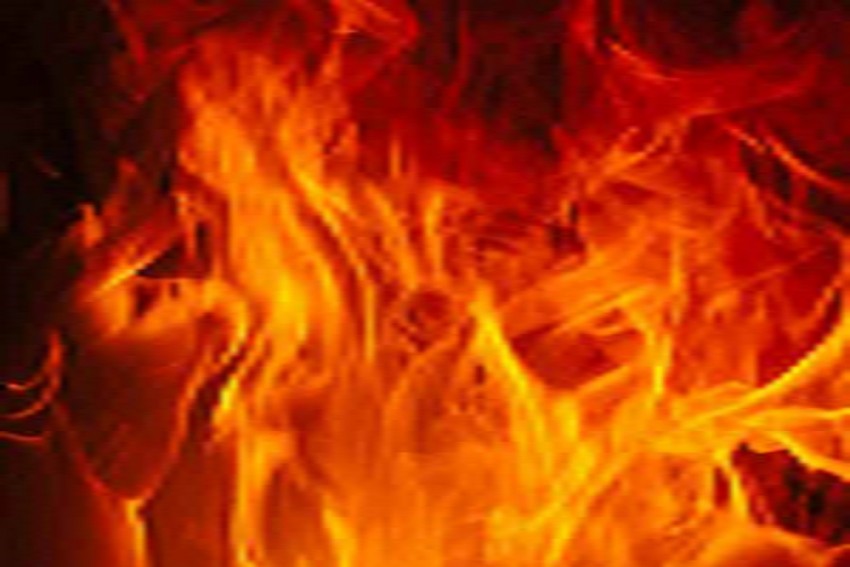 A 35-year-old woman was buried alive after being sucked into a crater following land subsidence in a colliery area of the Bharat Coking Coal Limited in Jharkhand on Friday, police said.

Sindri Deputy Superintendent of Police Ajit Kumar told PTI that the charred body of the woman was brought out from the fire hole, under Bastakola Industry Colliery, after a five-hour rescue operation.

Underground fires have been burning under the country's largest coalfield for over a century.

The incident occurred at 7.30 am after the woman, a mother of three children was defecating in the open, police said.

The victim's husband is a labourer.

When she reached the spot, the land under her feet subsided and she slipped into the hole created due to the subsidence. Smoke was seen billowing from the hole, police said.

Slum-dwellers rushed to the area and attempted to bring her out with a rope but failed to do so, police said.

Two shovel machines were pressed into service and the body was brought out at 11.56 am.

Rattled by the delay in rescue operations, locals had blocked Dhanbad-Jharia Main Road.

The people were also demanding a compensation of Rs 10 lakh, and a job for the victim's family.

The DSP said, the police is trying to pacify the people and negotiations would be held with the general manager of Bastakola Colliery B K Goel for providing compensation to the victim's family.

However, the general manager of the colliery could not arrive due to the agitation.

Authorities of the BCCL, a subsidiary of state-owned Coal India Ltd, said that the slum is situated in a dangerous fire zone and the residents had been asked to vacate the place several times but they did not do so.

This is the second such incident in Jharia in the last couple of years.

On May 23, 2017 a father and son were buried alive in front of a garage near Indra Chowk in Jharia town.

The first fire in Jharia mines was reported in 1916. BCCL officials claimed that coal fires may have been caused by shutting down of old mines.